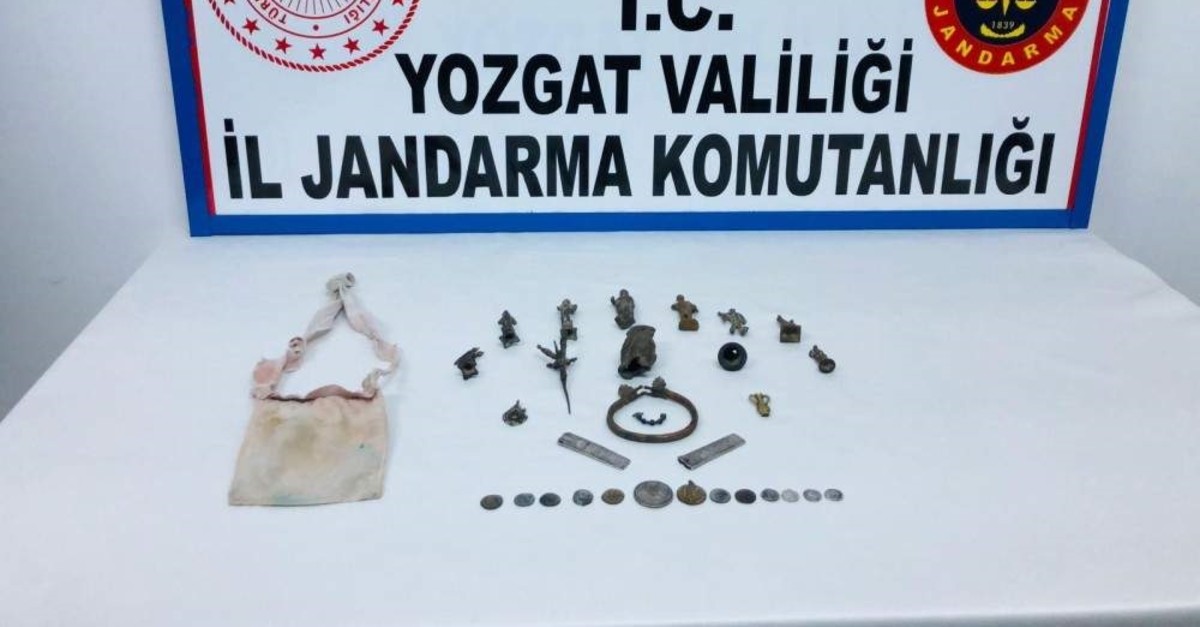 The historic artifacts, including 13 Hellenistic and Roman era coins, seven metallic human figurines and some other objects were found in the suitcases belonging to a suspect identified only as O.U.

The findings were delivered to Yozgat's Museums Directorate while the suspect was detained for smuggling.

Thousands of anti-smuggling operations are carried out across Turkey every year to stop the illegal sale of historical objects and protect the country's rich cultural heritage.
The issue is crucial to a country that is home to about 3,000 ancient cities from 42 civilizations and whose tourism industry relies on its rich historical heritage to attract millions of foreign visitors each year.