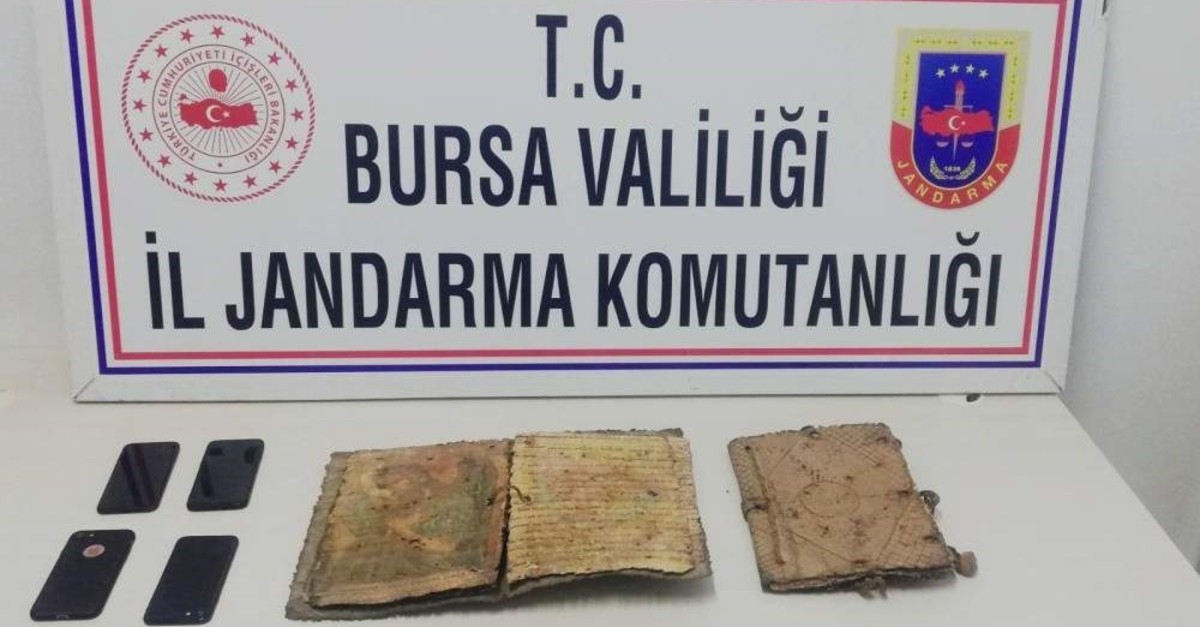 Turkish security forces on Friday seized a bible estimated to be over a thousand years old in an anti-smuggling operation in northwestern Turkey’s Bursa province.

Provincial gendarmerie forces, acting on a tip-off, conducted a raid into a house in the Osmaniye neighborhood of the city's İnegöl district. The handwritten Bible appears to be in the Aramaic language and is inscribed on papyrus.

Four suspects, including two potential purchasers who were revealed to be in contact with the smugglers, were detained in relation to the smuggling incident.

Thousands of anti-smuggling operations are carried out across Turkey every year to halt the illegal sale of historical artifacts and protect the country's rich cultural heritage. The issue is crucial to a country that is home to the ruins of some 3,000 ancient cities from 42 civilizations and whose tourism industry relies heavily on the preservation of its heritage to attract millions of foreign visitors each year.