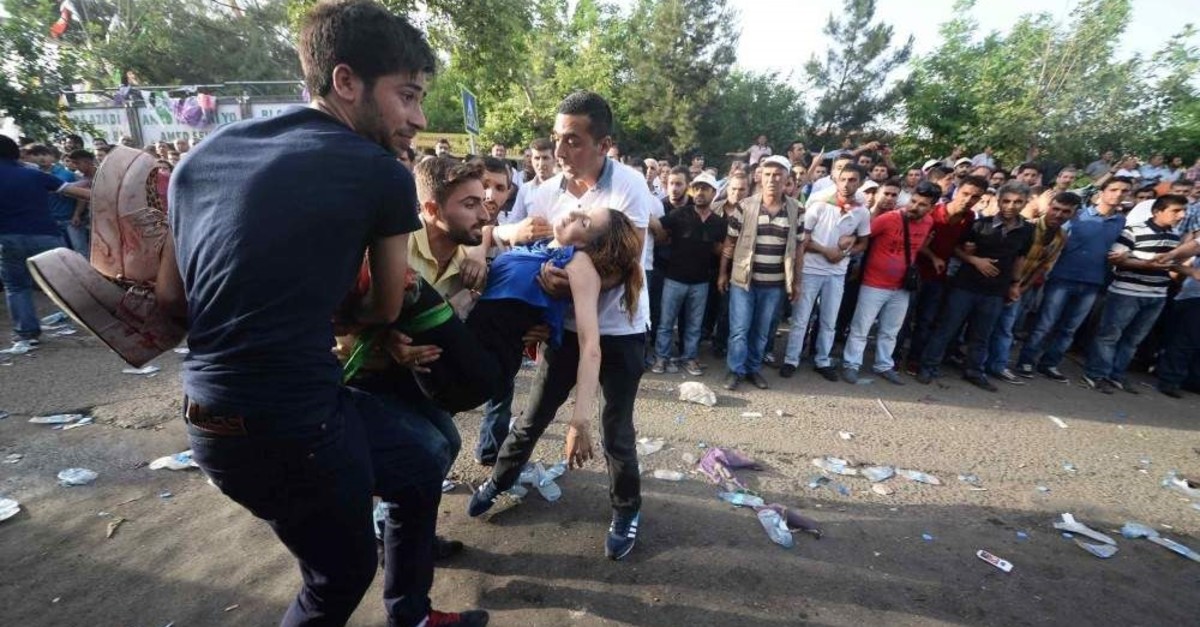 Three suspects were handed down five sentences of aggravated life imprisonment for a terrorist attack on a political rally in southeastern Turkey in 2015.

Five people were killed and dozens were injured when an attack by the terrorist group Daesh targeted a Peoples’ Democratic Party (HDP) rally on June 5, 2015.

A court in the capital of Ankara issued the verdict Friday for four suspects in the case, including three who were jailed. Burhan Gök, the only suspect who was released earlier pending trial, was acquitted while the court ordered a separate trial for İlhami Bali, a fugitive defendant who is regarded as a high-ranking Daesh figure. Bali is already being tried in other cases related to a string of attacks by the terrorist group that targeted Turkey in the past four years.

Turkey has been actively conducting counterterrorism operations against Daesh since 2016. Since then, 4,517 of the 13,696 suspects detained in 4,536 operations have been arrested. Over the course of the operations, 1,018 terrorists were either killed, injured or surrendered.

It has also deported more than 5,000 Daesh suspects and 3,290 foreign terrorists from 95 different countries in recent years while dismantling terror cells and safe houses providing logistical assistance to the terrorist group in Syria and Iraq and plotting attacks inside the country.