Scammed migrants find themselves in Tekirdağ instead of Bulgaria 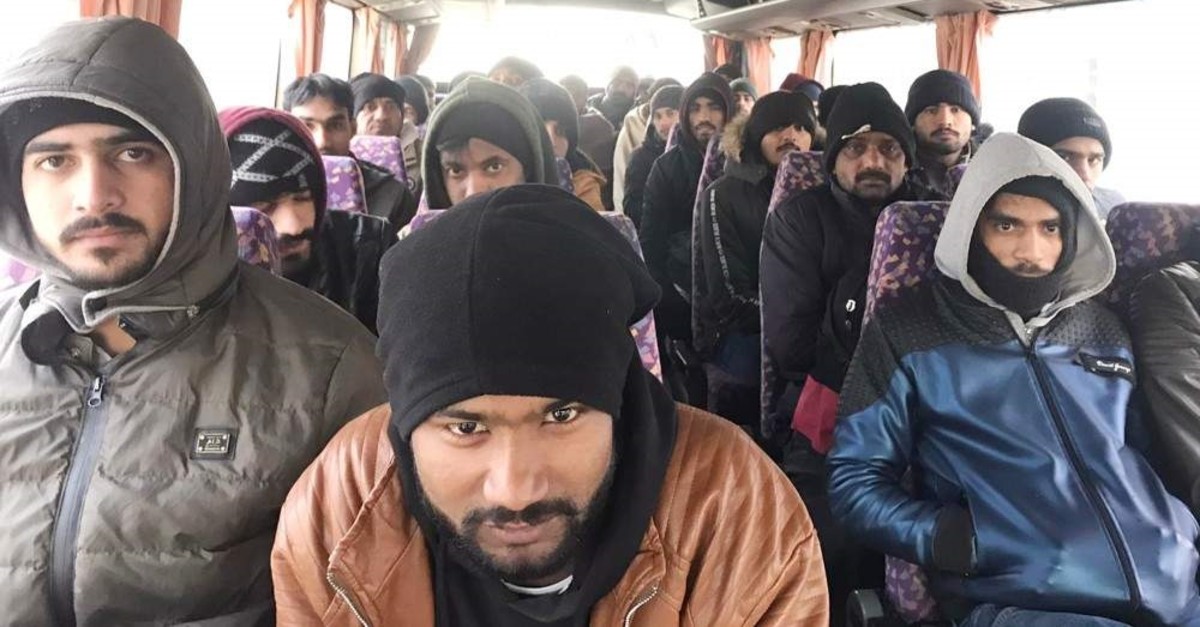 Turkish security forces have captured 29 illegal migrants who thought they were in Bulgaria when in fact human smugglers tricked them and instead, just dropped them off in Turkey's western Tekirdağ province.

Tekirdağ gendarmerie teams nabbed the migrants, all of whom are Pakistani nationals, as they were walking on the Malkara highway in Hayrabolu district.

The migrants said the organizers agreed to help them to illegally travel to Bulgaria if each of them paid $5,200. Following the agreement, instead of Bulgaria the smugglers drove the migrants to Tekirdağ province, which is located near the Greek border, and told them the European country was just over the next hill.

The migrants were taken to Tekirdağ's Department of Immigration as gendarmerie teams started an investigation to apprehend the smugglers.

Turkey is a popular route for many illegal immigrants from Middle Eastern and Asian countries. Hundreds of migrants smuggled into the country are captured every year near the borders in western Turkey and in its Aegean provinces.