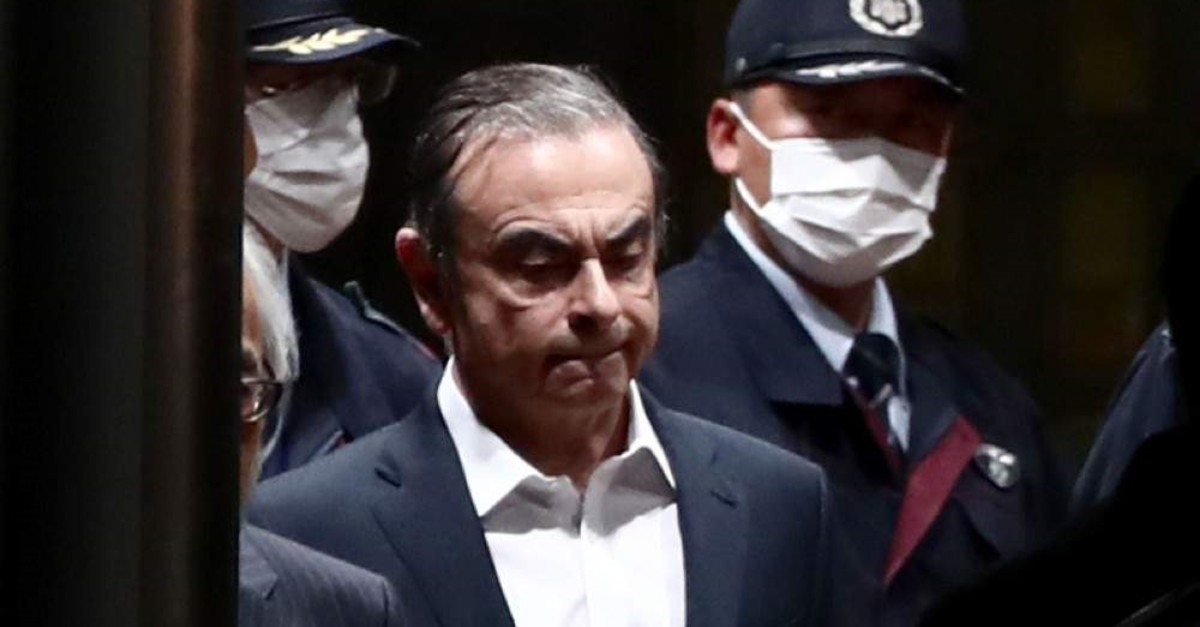 In this file photo taken on April 25, 2019, former Nissan chairman Carlos Ghosn (C) is escorted as he walks out of the Tokyo Detention House following his release on bail in Tokyo. (AFP Photo)
by Jan 04, 2020 5:20 pm

Turkey on Saturday said two foreign nationals were involved in ex-Nissan boss Carlos Ghosn's transit through Istanbul as he fled Japan on his way to Lebanon.

"There were two foreigners involved in the transit," Turkish Justice Minister Abdulhamit Gül told CNN's Turk broadcaster during an interview.

He did not provide further details on the nationality of the individuals or exactly what role they played.

Ghosn, the former Nissan boss, is accused of financial misconduct but claimed his upcoming trial was rigged before making an escape from Japan before New Year's Eve.

An official Turkish probe has already been launched into Ghosn's apparent transfer between private jets at Istanbul's Atatürk Airport.

The investigation is focused on two flights, the first a Bombardier labelled TC-TSR, which flew from Osaka in Japan, landed in Istanbul at 05:15 and parked in a hangar; the second, a private jet to Beirut boarding a Bombardier Challenger 300 TC-RZA, which left 45 minutes later, news agency DHA previously reported.

The minister also said that there had been no formal judicial request from the Japanese authorities in relation to the incident.