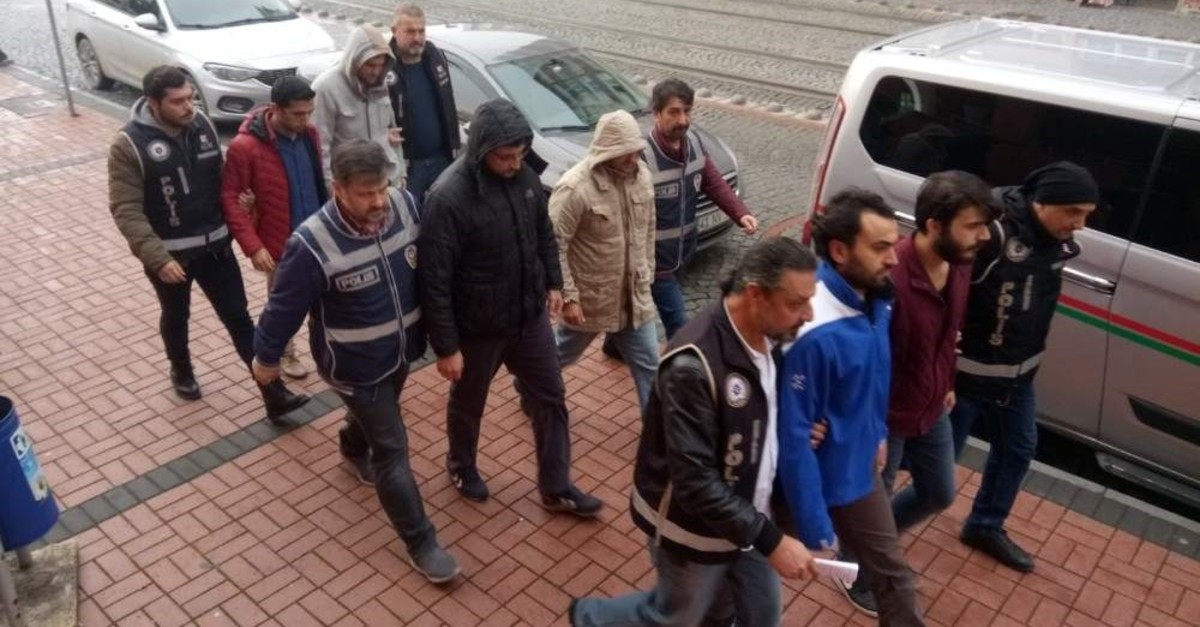 Eleven suspects were arrested in operations against the Gülenist Terror Group (FETÖ) Monday while the country's top court upheld prison sentences for officers involved in the group's 2016 coup attempt.

Police arrested 11 people for their suspected links to FETÖ after prosecutors issued arrest warrants for 27 suspects.

The Chief Public Prosecutor's Office in the capital Ankara issued warrants for a serving soldier and four former soldiers who either resigned, retired or were expelled. In the northern Samsun province, prosecutors issued warrants for two expelled soldiers and 20 military students. Police conducted anti-terror operations in Ankara, Istanbul, eastern Erzurum, northern Trabzon and Kastamonu provinces and arrested the suspects while a manhunt is underway to capture the remaining suspects. Meanwhile, four terrorists were also arrested in an operation against PKK and FETÖ in southeastern Şırnak province, according to the provincial governorate.

Also on Monday, Turkey's Supreme Court upheld aggravated life sentences for 18 members of the terrorist group. The court said they were guilty of killing Senior Staff Sgt. Ömer Halisdemir during the coup attempt on July 15, 2016. They were sentenced on counts of intentional murder and attempt to overthrow the constitutional order.

Halisdemir, who was killed in Ankara during the coup attempt after he shot dead a senior putschist general, became a symbol of the Turkish nation's resistance against the defeated coup.