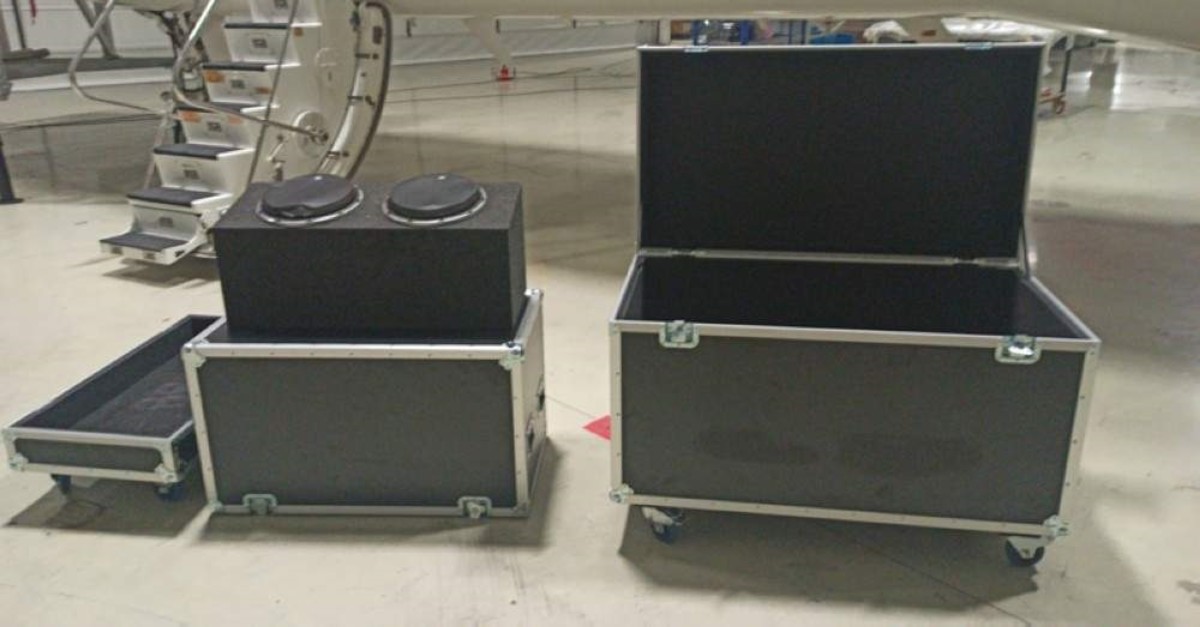 According to the details of the investigation reported by the official Anadolu Agency (AA), Ghosn was brought to the private jet bearing the tail number "TC-TSR" inside a large case used for musical equipment on Dec. 29 and arrived at Atatürk Airport in Istanbul at 5:30 a.m. on Dec. 30.

Police said Ghosn debarked the plane in Istanbul on foot and was driven to another plane with "TC-RZA" tail number 40 meters away, which then departed immediately at 5:50 a.m. Okan K., the manager of the company responsible for Ghosn's transport who was arrested later, also left as a passenger inside the same plane. He came back to Istanbul at 10:15 a.m.

Two people who were also on the plane who brought Ghosn to Istanbul, U.S. national Michael T. amd Lebanese national George Antoine Z., arrived in the international terminal of Istanbul Airport at 6:02, cleared passport exit procedures at 10:02 and 10:04 a.m. and left Istanbul on a Middle East Airlines (MEA) flight at 12:20 p.m.

The red notice issued by Interpol for Ghosn on Jan. 2 upon Japan's request reached Turkish authorities on Jan. 6, sources said.

Five suspects have been under arrest in Turkey since Jan. 3 over Ghosn's escape.

Ghosn was out on bail in Japan on financial misconduct charges before he fled the country for Lebanon in late December. His daring and improbable escape has perplexed and embarrassed Japanese authorities after he skipped bail and managed to flee the country despite supposedly rigorous surveillance.

Media reports have said that he left his residence alone, met two men at a Tokyo hotel, and then took a bullet train to Osaka before boarding a private jet hidden inside the case.

Under the terms of his bail, he was only allowed to use the internet via a designated computer located at the law firm of Junichiro Hironaka, one of his attorneys.

On Wednesday, Tokyo prosecutors raided Hironaka's office where Ghosn had visited regularly before he fled. Japanese media reports said prosecutors had likely seized the computer to track down how Ghosn escaped and who might have helped him.

Hironaka has said he was "dumbfounded" by news of Ghosn's escape, which he learned about from the media.

Ghosn hit back in a statement issued by his French defense team saying Nissan's investigation was "initiated and carried out for the specific, predetermined purpose of taking down Carlos Ghosn."

The statement accused the firm of conducting an investigation that was "fundamentally flawed, biased, and lacking in independence from its inception."

Ghosn, who is Lebanese and also holds French and Brazilian passports, was expected to go on trial in Tokyo in April. In statements, he has said he fled to avoid “political persecution” by a “rigged Japanese justice system." He also said that he alone organized his departure from Japan and that his wife, Carole, played no role.

On Tuesday, Tokyo prosecutors obtained an arrest warrant for Carole Ghosn on suspicion of perjury. That charge is not related to his escape. Lebanon's justice minister said Tuesday that Lebanon has not received any request related to that warrant.

Japanese justice officials acknowledge that it’s unclear whether the Ghosns can be brought back to Japan to face charges.

Ghosn’s former employer, Nissan Motor Co., said it was still pursuing legal action against him despite his escape, adding that Ghosn engaged in serious misconduct while leading the Nissan-Renault-Mitsubishi alliance. Ghosn denies all the charges.