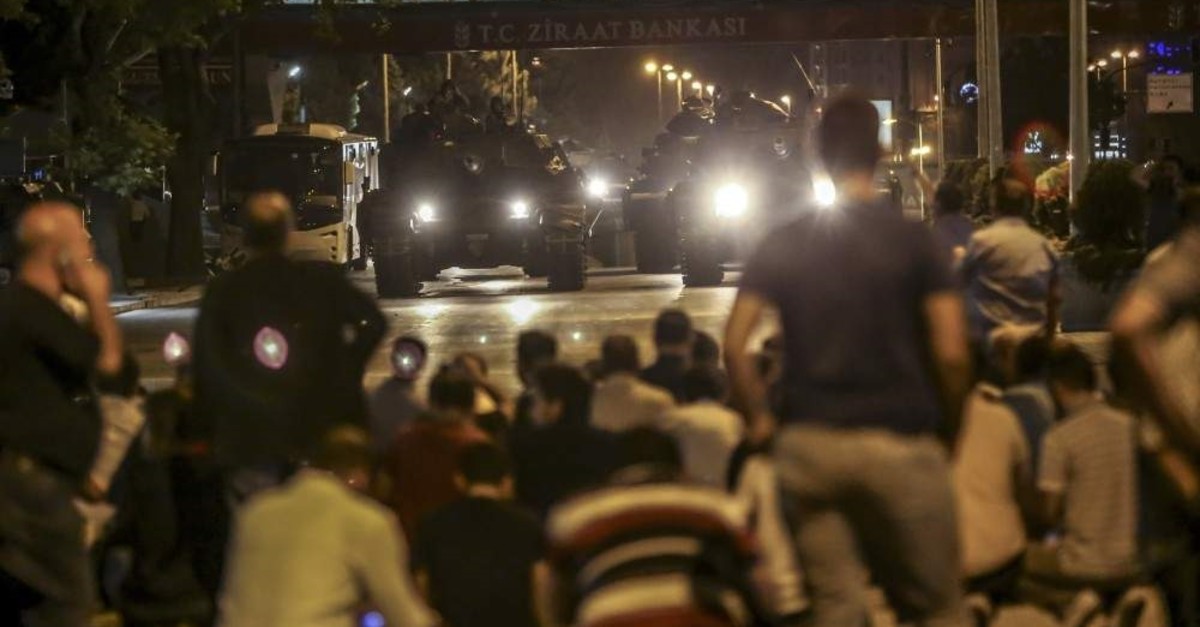 At least 203 people, including soldiers, were arrested Tuesday in a series of nationwide operations against the Gülenist Terror Group, the instigator of the 2016 coup attempt

Authorities issued arrest warrants for 237 people associated with the Gülenist Terror Group (FETÖ) on Tuesday. At least 203 suspects were arrested in nationwide operations while a manhunt is underway to capture the suspects at large.

The largest operations were based in İzmir, a western Turkish city where FETÖ's fugitive leader Fetullah Gülen once attracted large masses to his sermons while he was working as a preacher. Prosecutors in the city issued arrest warrants for 176 people, including active-duty soldiers and soldiers retired or dismissed from the army on suspicion of links to the terrorist group, which was behind the July 15, 2016 coup attempt. Police launched operations in 49 provinces to capture the suspects, 115 of whom were arrested. Media reports say among the wanted suspects were six F-16 fighter jet pilots and four commanders of gendarme garrisons in towns.

Suspects were identified through their contacts with FETÖ's handlers for military infiltrators via pay phones. FETÖ is known for its utmost secrecy. Even when it was disguised as a religious movement, long before its coup attempts in 2016 and 2013, it managed to keep its secret members out of the public eye. Pay phones were one of the methods used to disguise contacts between its members. A new intelligence report shows that the terrorist group turned to pay phones as early as 2009 to arrange meetings of its infiltrators and their handlers.

In the capital Ankara, prosecutors issued arrest warrants for 31 suspects in a probe on FETÖ's mass infiltration into the Turkish Land Forces. Twenty-two suspects, including non-commissioned officers and four civilian handlers controlling terrorist group's military network, were arrested in operations in 10 cities. Another 14 suspects out of 30 with outstanding arrest warrants were detained in operations based in the central city of Konya. Most of them were active-duty soldiers.

Meanwhile, gendarme units in the northwestern city of Edirne arrested two FETÖ suspects who were attempting to sneak into Greece.

FETÖ posed as a religious group for years under the leadership of Gülen before it disclosed its true intention – to topple the government and create chaos in the country – in 2013 with two plots targeting people close to the government. Turkey managed to stave off these attempts and launched operations against the group, which was designated as a national security threat. In 2016, the terrorist group tried to seize power again, this time by staging a coup attempt with the aid of its infiltrators in the Turkish Armed Forces (TSK). This attempt was quelled too, and the group faced heightened scrutiny. Police have launched countless operations against the group since the 2016 coup attempt that killed 251 people and injured nearly 2,200 others. Hundreds of military infiltrators were discovered and arrested in investigations while tens of thousands were arrested for links to the group.