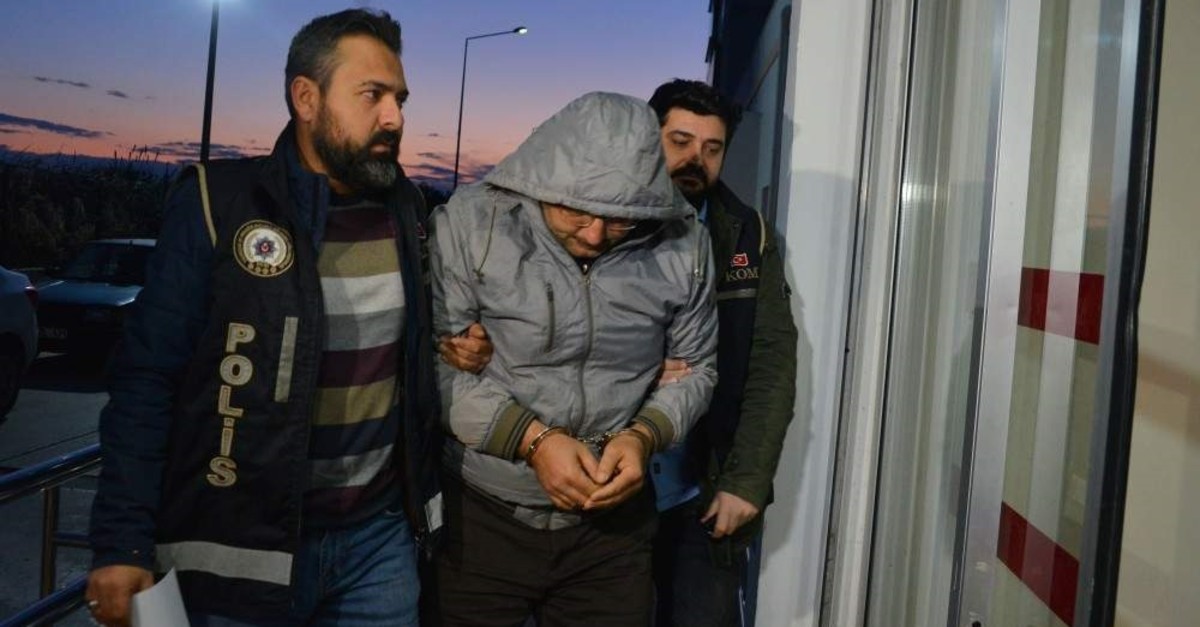 The Ankara Chief Prosecutor's Office sought the arrest of 16 suspects in an investigation into FETÖ's infiltration into the Ministry of National Education (MEB). The suspects, 11 of them still on active duty, are being sought across seven provinces, including Ankara, Istanbul and İzmir.

Additional arrest warrants for 22 FETÖ suspects were also issued by the Adana Chief Prosecutor's Office. In a statement, the prosecutor's office said the suspects were wanted for trying to recruit military and police school students for the terrorist organization.

In a separate probe, the Balıkesir Chief Prosecutor's Office issued warrants for 10 suspects in the judiciary for allegedly being in contact with the so-called "covert imams," the senior members of the terrorist organization.

While prosecutors issued fresh warrants for new suspects, police forces in southern Antalya province arrested 20 FETÖ suspects with existing warrants. According to the police, a large number of documents and digital files were seized in an apartment where the suspects were found.

Police said nine of the suspects were sent to the provinces where the cases they are involved in are ongoing, while the rest were released after their statements were taken.

Meanwhile, a court in southeastern Gaziantep province sentenced a former judge to six years and 10 months in prison for being a FETÖ member.

The court sentenced Sabit Numan Kaya for "being a member of an armed terrorist organization" as the prosecutor said the evidence showed Kaya using ByLock, an encrypted messaging app developed and exclusively used by FETÖ members.

Famous for its secretive communication methods, FETÖ has utilized everything from in-game chats on mobile games to encrypted messaging apps to relay information between its members.

The ByLock investigation was expanded after the coup attempt, and thousands of people accused of using the messaging app for communicating messages from the group's leader Fetullah Gülen to subordinates and for pro-terrorism propaganda have been detained or arrested.

Since investigators discovered the group's contact method two years ago, thousands of suspects have been detained in nationwide operations. Security forces have continued to carry out operations on an almost daily basis to bring FETÖ military infiltrators to justice.

According to the Justice Ministry, over 3,900 judges and prosecutors have been dismissed since the coup attempt.

When it failed, they made another attempt on July 15, 2016, employing infiltrators in the Turkish Armed Forces (TSK) to seize power by force. A total of 251 people were killed and nearly 2,200 others were injured in FETÖ's bloodiest attempt to date. What followed was a barrage of investigations against the terrorist group. Turkey lifted the state of emergency imposed after the coup attempt but three years on, operations continue against FETÖ.