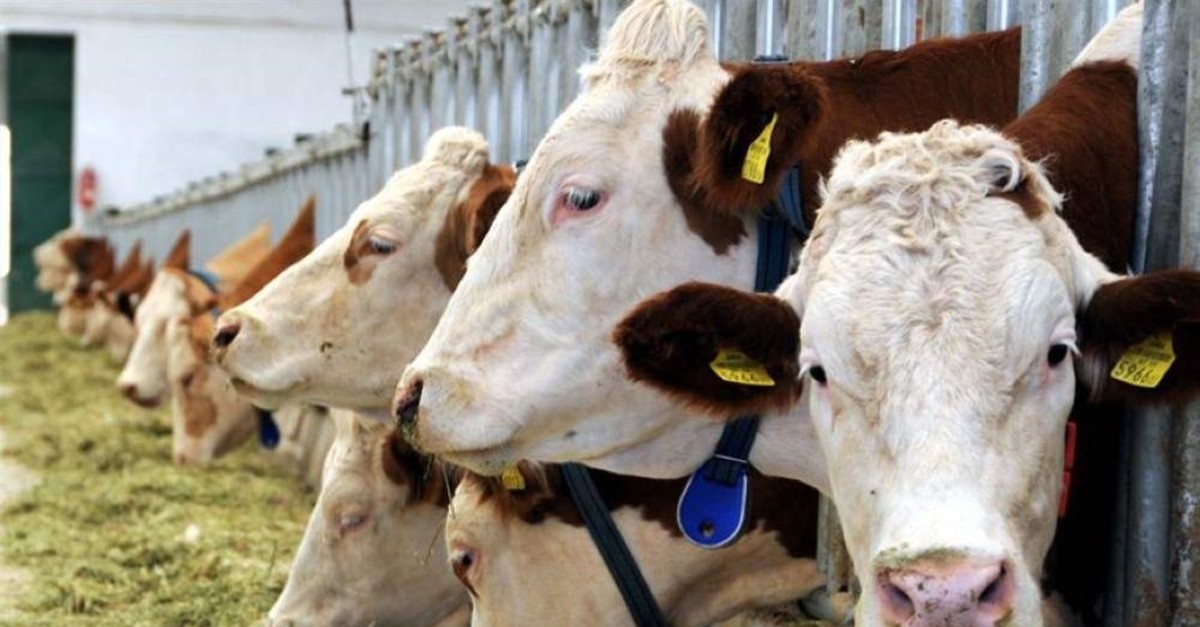 | AA Photo
by Daily Sabah Jan 27, 2020 2:03 pm
With "The Farm Bank scandal" still fresh in the public's minds, the unfortunate gullibility of some in Turkey has been put on show once again with the exposure of another Ponzi scheme involving agriculture at court.
The founders of "Sütbank" (or "Milk Bank") proposed a scheme that involved offering people the chance to gain earnings from investing in the purchase of five cows. The accused face the charge of defrauding a total of nearly 1,300 people, the Hürriyet newspaper reported Monday.
The trial centered around a farm in Konya’s Ereğli district. Victims of the scheme that saw the collection of TL 120 million claim they were promised monthly payments from the sale of milk from cows they purchased, only to see payments stop in 2016, one year after a boom in investments on the farm.
The farm’s owner Orhan Tatlı and his company’s accountant İrfan Alkan are the only defendants in the case facing prison terms of up to 140 years. Currently, there are 18 plaintiffs in the case, but according to reports, the victims hailed from all walks of life, from retired generals to lawyers and businesspeople.
Unsuspecting investors paid TL 6,000 for each cow they purchased and were required to purchase at least five cows to be eligible for monthly payments from the sale of milk. In 2015, the company running the farm managed to collect money for 10,000 cows. In January 2016, investors received a strange message from the company, however, saying a large number of cows in the farm had died from an unspecified disease and that therefore productivity had decreased.
Investors contacted the authorities to request an inspection of the deaths, only to discover that no animals had actually died. Legal action followed as investors sought to impound the farm. Soon, the farm was abandoned with Tatlı and Alkan accusing one another of malintent. Tatlı said he did not know the accountant had made separate contracts with investors, while Alkan claimed it was Tatlı who originally founded the farm “for the sole purpose of defrauding people.”
The first hearing of the trial will be held in Konya on Jan. 29.
Though having flourished in recent years, the most famous of such agricultural Ponzi schemes emerged with the exposure of "The Farm Bank," an online virtual farming simulator that offered users investing real cash a generous return for their money.
With ubiquitous publicity, including TV ads, the Farm Bank, which was launched in 2016, lured thousands with the chance to invest in two large, sprawling farms in two cities. However, when authorities became suspicious, the Farm Bank stopped payments and scheme’s founder Mehmet Aydın disappeared, having taken TL 1.1 billion ($280 million) from more than 132,000 people across the course of one year, paying only a small amount back to investors.
RELATED TOPICS