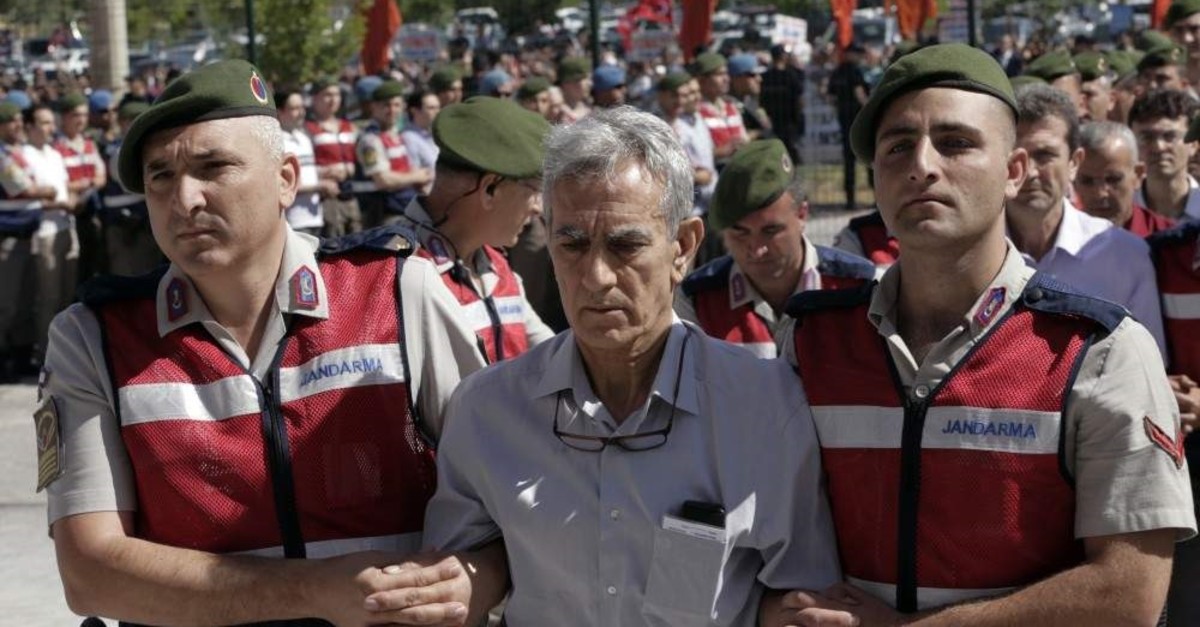 A total of 1,973 defendants will return to courtrooms this month as Turkey's legal struggle against the Gülenist Terror Group (FETÖ) resumes.

Courts across the country will try FETÖ members and those involved in the group's July 15, 2016 coup attempt that killed 251 people and injured nearly 2,200 others.

As of Monday, new hearings will be held as part of 32 trials across seven cities, from Istanbul to the capital Ankara. Both those accused of being low-ranking members of the terrorist group, as well as those of higher rank, will go on trial.

Six trials focus on the coup attempt – the terrorist group's first bid to employ its military infiltrators to seize power. FETÖ tried to overthrow the government in 2013 under the guise of a graft probe by FETÖ-linked prosecutors and police chiefs; however, the plot failed. This caused the group to face more scrutiny, though it tried its chances again in the summer of 2016, only to face strong public resistance to the coup attempt. The other trials cover various other crimes committed by the group too, including illegal wiretapping as well as involvement in wide-ranging plots against the Turkish army in a bid to imprison army officers and expand the group's infiltration of the army.

Some 1,457 defendants will stand in the coup attempt trial, with 516 tried as part of separate cases. The biggest trial in terms of a number of defendants is the Akıncı military base trial. Some 475 defendants return to the courtroom in Ankara on Monday for a new hearing in a trial that has continued for about three years. Akıncı was the base that served as the "command center" for putschists during the 2016 attempt. Warplanes and helicopters that took off from the base transported putschists and carried out bomb attacks across Ankara, including the bombing of police headquarters, Parliament and streets near the presidential complex. It was also used as a detention center for top military brass, including then-Chief-of-General Staff Hulusi Akar who were held hostage by putschists. Also on Monday, the trial of 243 defendants involved in the takeover of Gendarme General Command in Ankara during the coup attempt will resume.

In Istanbul, 84 defendants will return to the courtroom for a trial on FETÖ's network in the Turkish business world. Various business tycoons, including those who were members of a now-defunct business association run by FETÖ members, will be back in the dock of a courthouse set up in the maximum-security Silivri prison complex in the city's eponymous district.

Feb. 7 will see eleven defendants, including former police officers, tried for their alleged role in the illegal wiretapping of a large number of people for the purpose of blackmail in the northwestern city of Sakarya. A trial on illegal wiretapping by FETÖ's police infiltrators will also resume in Istanbul on Feb. 10.

New hearings will also be held this month for FETÖ members brought from abroad. İbrahim Burak Oğuz, former mayor of Urla town in the western province of İzmir from the opposition Republican People's Party (CHP), will also appear before a court for the first time on Feb. 14 on charges of FETÖ membership.

Trials on the 2016 coup attempt have mostly concluded, but the courts ended 2019 without verdicts in 18 cases.

Out of 289 cases that went to trial over the brutal coup attempt, 271 were concluded in the three years since July 15, 2016. A total of 3,879 defendants were convicted, including 2,335 who were sentenced to life imprisonment. Among them were 1,225 who were handed down sentences of aggravated life imprisonment or life in solitary confinement. Courts also sentenced 1,544 defendants to prison terms ranging from one year and two months to 20 years.