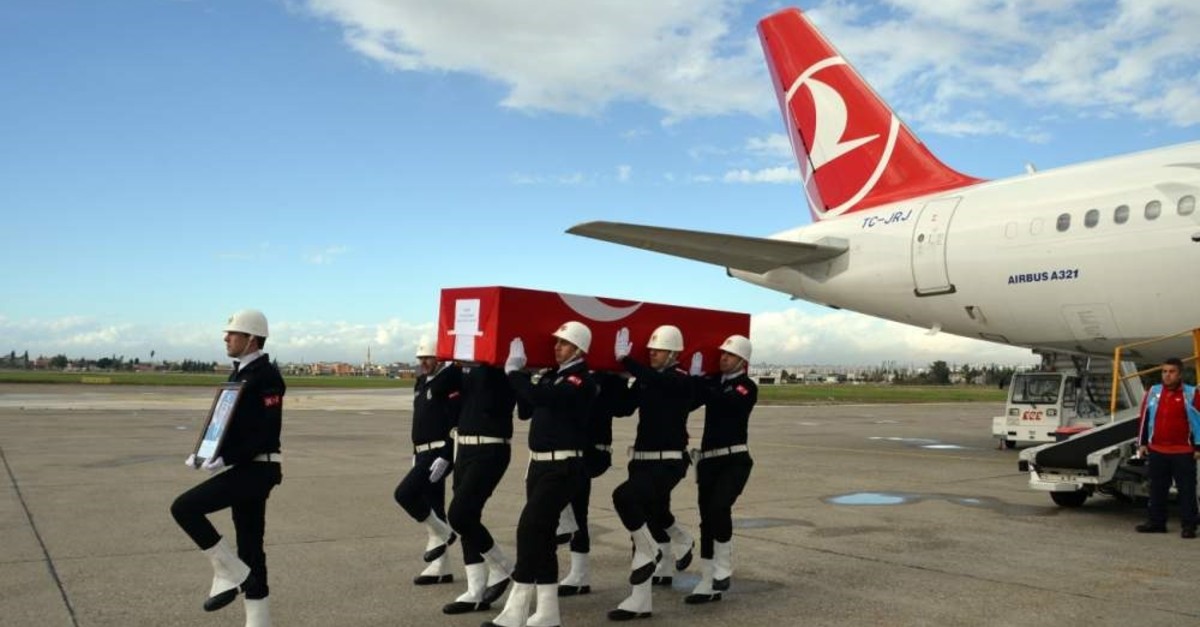 On Thursday, authorities ordered the arrest of 27 suspects in connection with İsmail Hakkı Sarıcaoğlu, a policeman who shot dead a police chief two years ago. The Chief Prosecutor's Office in Istanbul issued arrest warrants, saying all of the suspects were accused of membership to the Gülenist Terror Group (FETÖ). Twenty-five of them have already been detained.

Sarıcaoğlu stormed the office of Altuğ Verdi, police chief in the northern province of Rize, on Dec. 11, 2018, allegedly in a fit of rage over Verdi's disapproval of his request to change his place of deployment.

Sarıcaoğlu shot the police chief to death before other police officers restrained him and placed him under arrest. An investigation revealed that Sarıcaoğlu was linked to FETÖ, the terrorist group behind the July 15, 2016, coup attempt that killed 251 people.

As the probe deepened into his links to the group, investigators disclosed a secret network of FETÖ in law enforcement. Among those arrested or declared wanted in Thursday's operations were nine active-duty police officers as well as doctors, teachers, academics and former employees of a now-defunct news agency run by FETÖ. Operations to capture the suspects took place in Istanbul, Adana, Bursa, Rize, Samsun, Trabzon and Nevşehir. Media outlets reported that two of the wanted individuals had likely fled abroad.

FETÖ is accused of carrying out the 2016 coup attempt, along with two other coup attempts in 2013. Authorities believe that civilian FETÖ handlers, referred to as "imams" by the group, instructed the members to infiltrate various ranks of the army, from generals to noncommissioned officers, in order to stage the coup.

The terrorist group, which expanded its clout in Turkey over the past three decades, is known for its wide network of infiltrators in law enforcement, the military, the judiciary and the bureaucracy. The state of emergency declared after the coup attempt accelerated a crackdown on the group's infiltrators. Tens of thousands have been detained or arrested and dismissed from public offices since the attempt. Some FETÖ members managed to flee abroad, while others are believed to still be hiding their ties to the group.

Fetullah Gülen, the U.S.-based leader of the terrorist group, is known for instructing his followers to disguise themselves and their activities. Several former members confessed to authorities that senior figures of the group trained them on how to avoid being detected while serving in the army, law enforcement or judiciary.