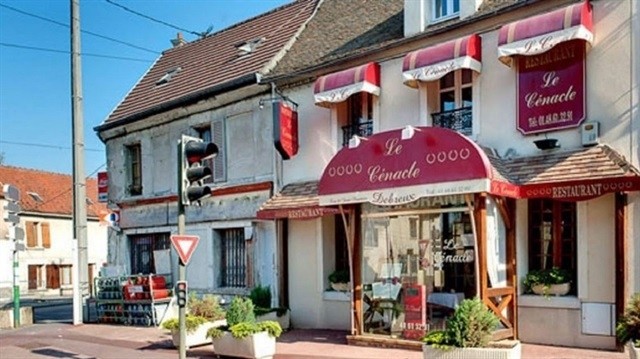 Islamophobia in France, which has reached its highest level with the latest burkini ban, has now appeared in a restaurant in Paris.

A Muslim woman wearing a headscarf visited Le Cénacle restaurant in Paris on Sunday but was forced to leave by the cook, who labeled her a terrorist. The cook threatened the woman, telling her "I will put raticide in your meal".

Muslim woman goes to a restaurant, #LeCenacle in city of #Paris Chef refuses to serve her and called her a terrorist pic.twitter.com/eqJHVb1f1k

Muslim woman: We don't want to be served by racist people

Owner of the restaurant: Racists like me don't kill good people.

O: Ma'am, terrorists are Muslims and all Muslims are terrorists. Analyze my words, you'll see that they're right

M: I don't have to analyze nonsense

O: I'm living in a laic country and this is my opinion

M: We also have the same right as you to have an opinion

O: I don't want people like you in my place, stop

O: It seems like you didn't understand. Now get out!"

M: But, it's necessary to state here that you don't want Muslims. If we knew it, we wouldn't have come here.

Then the Muslim woman calls someone

France has been experiencing the most Islamophobic periods in its history. Debates over the issue have intensified following pictures circulated online in the past week showing a woman surrounded by four policemen being forced to remove her long-sleeved top on a beach in Nice.

Nice, which is on high alert following a deadly Daesh terrorist attack during Bastille Day celebrations in July, is one of the places in southern France where a burkini ban is now in place.