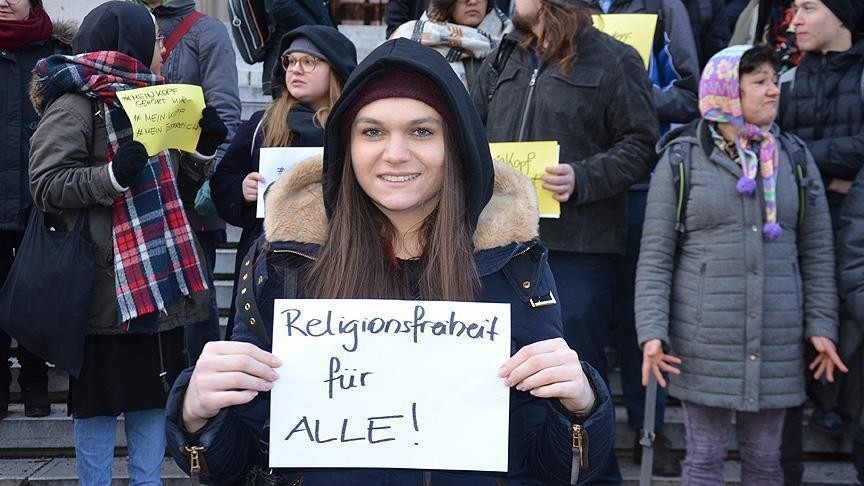 A group of young activists gathered in Veinna Monday to protest against a new regulation banning public servants, including teachers, from wearing headscarves.

Outside the University of Vienna, the protesters chanted slogans against the move and called for equality and freedom of religion for all.

The headscarf ban on public servants was drafted by Austrian Minister for Foreign Affairs and Integration Sebastian Kurz.

Muslims as well as socialist and liberal institutions have been protesting against the ban since then.

Addressing the crowd during the protest, Yaşar rejected claims that women wearing headscarves at work would make negative impressions.

She called it a "dismissive" attitude of Austria.

She pointed out the ban involved only Muslims and that such a regulation would only serve political motives.