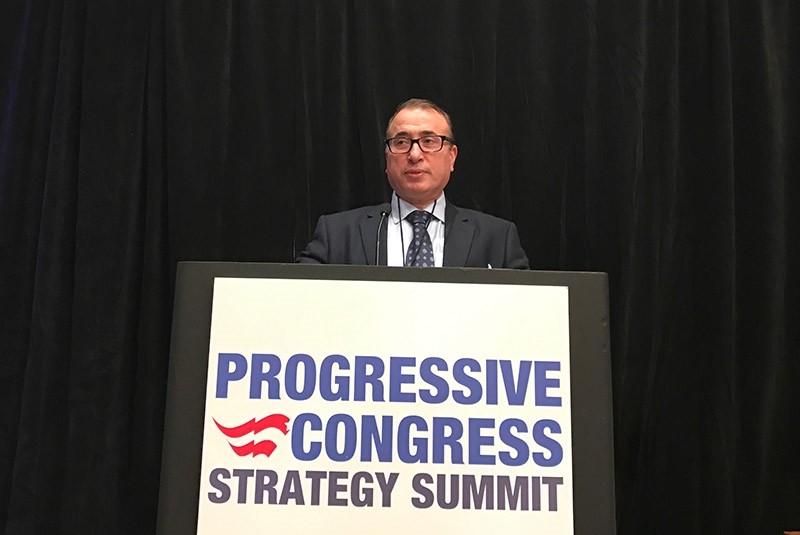 Murat Güzel, a Turkish-American businessman, has urged officials to take more concrete action against Islamophobia and its negative repercussions, while highlighting the need for strengthening U.S.-Turkey relations for a more effective fight against Daesh terrorists. Güzel made the remarks while addressing the annual convention of the "innovative" wing of the U.S. Democratic Party, on Sunday.

Attending the meeting of Democratic leaders, in which issues such as the fight against the Daesh terrorist organization, the Israel-Palestine conflict, and the rise of Islamophobia in America were discussed, Güzel touched upon the importance of addressing Islamophobia in the U.S., saying that Muslims had become a target during the U.S. presidential elections.

"Tougher legislative measures must be taken. As with anti-Semitism, Islamophobia must also be considered a crime," he said.

Speaking on the issue of the Syrian crisis, Güzel said that the ongoing civil war in Syria has become more than just a regional problem, leaving millions of Syrians homeless and forced to settle in neighboring countries, especially Turkey.

He noted that cooperation with Turkey and other regional actors can help resolve the conflict.

Forty members of the Democratic Party, including Vermont Senator Bernie Sanders and Minnesota Representative Keith Ellison, who was the first Muslim-American elected to Congress, came together in Baltimore to discuss strategies for the coming year.