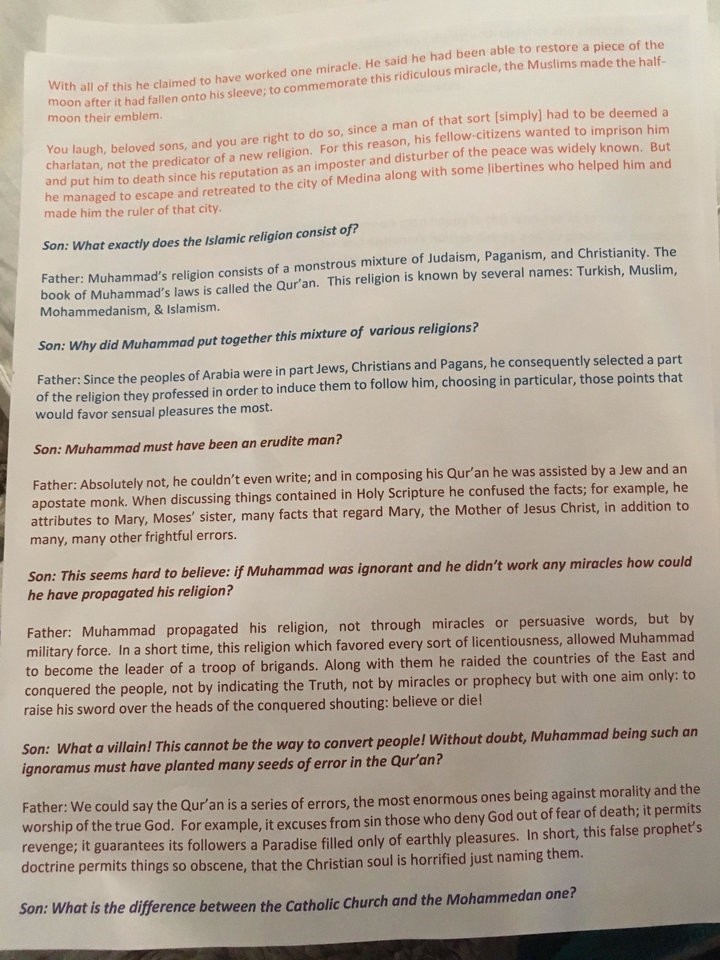 A social studies teacher at a Catholic school in Ocala, Florida has received criticism after assigning students a reading that degrades Islam as a faith and insults Prophet Muhammad, reports said on Wednesday.

According to a report by the Huffington Post, the Diocese of Orlando's Catholic school system reprimanded teacher Mark Smythe, who teaches at the Blessed Trinity Catholic School, for the assignment.

"We have spoken to the principal of the Blessed Trinity Catholic School, Ocala and to the teacher in question and have reprimanded the teacher for this unfortunate exhibit of disrespect," Jacquelyn Flanigan, an associate superintendent has reportedly said.

The text assigned by the teacher refers to Prophet Muhammad as a "charlatan, villain, ignoramus, imposter, and a false prophet" who was illiterate and forced his religion through military means.

It also refers to the Qur'an as a "series of errors."

Interfaith community leaders have reportedly criticized the assignment for causing distress and hostility.

For instance, Rabbi David Kaiman of the Congregation B'nai Israel in Gainesville emailed the school, saying that the assignment was "dangerous and destructive and feeds those who seek to hate vilify," and that it "expresses a hate language that is disturbing," the Huffington Post reported.

Others have also emailed the school, expressing concern about the incident.

In December 2016, FBI reported that hate crimes against Muslims in the United States surged 67 percent in 2015 — the highest level since the aftermath of the Sept. 11, 2001 terror attacks. The bureau's Uniform Crime Report documented 257 anti-Muslim hate crimes, up from 154 in 2014. 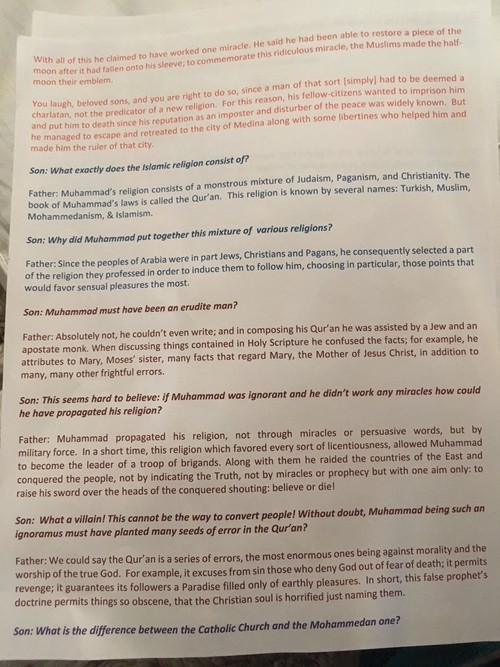 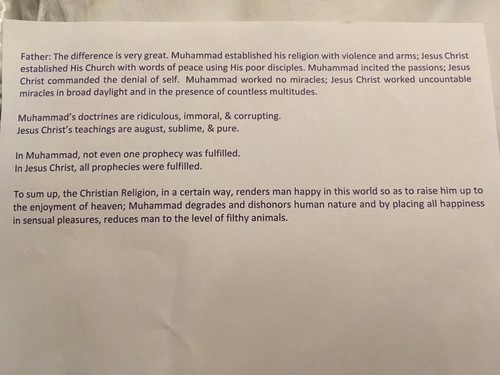