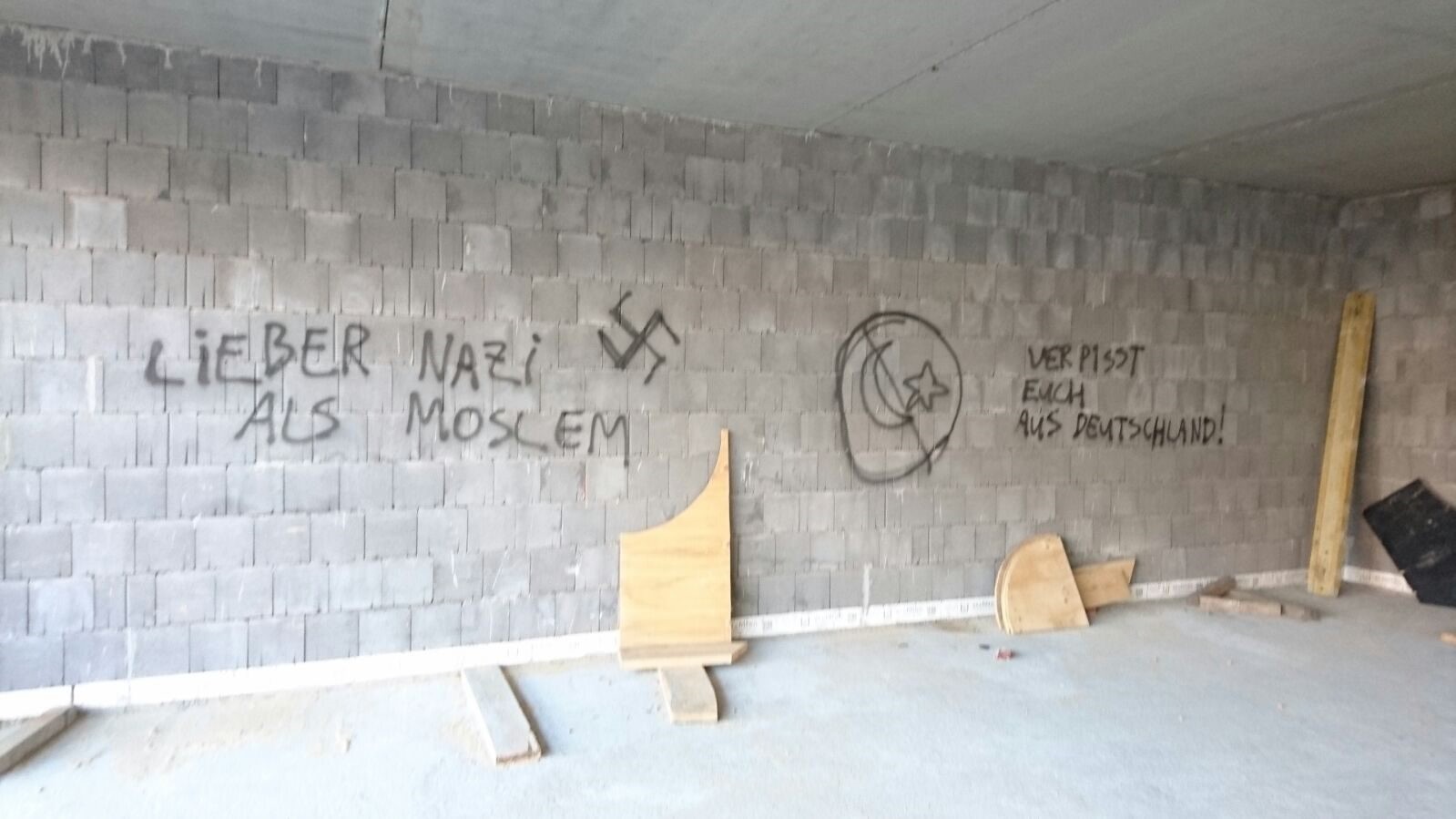 Unidentified attackers draw Nazi symbols on the walls of the Ulu Camii mosque that is under construction in Germanyu2019s Hamm. (AA Photo)
by Daily Sabah Jun 04, 2017 12:00 am

A total of 208 Islamophobic attacks took place during the first quarter of 2017 in Germany, according to the German government's data.

German "Neue Osnabürcker Zeitung" reported Sunday that the German government, in response to a parliamentary question, told the Left Party that two people had been injured as a result of Islamophobic attacks, and that the perpetrators were mostly ultra-right attackers.

German officials also said that they had started to record "anti-Muslim" crimes this year and could not conclude whether there had been an uptick in crimes due to the lack of data from previous years.

The attacks against Muslims include sending threat letters, attacking individuals on the streets because of their Muslim appearance, damaging properties of Muslims and drawing Nazi symbols on the buildings.

The data revealed that 15 mosques had been attacked in the first three months of 2017, while this number was 27 for the same period of 2016.

The Left Party lawmaker Ulla Jelpke said, "I assume the recorded crimes are only the tip of the iceberg as many victims do not report the attacks to the police out of fear of retaliation."

Germany has witnessed growing Islamophobia and anti-refugee sentiments in the past years, triggered by propaganda from far-right and populist parties, which have exploited fears of outsiders and refugees.