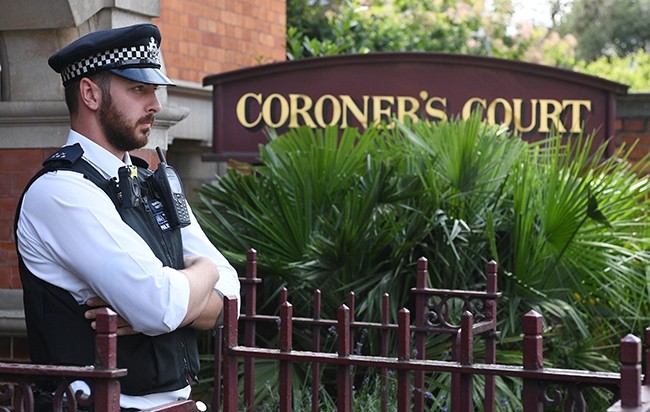 A 24-year-old man has been charged charged with two counts of grievous bodily harm with intent Monday following his arrest the previous day, a police statement said.

John Tomlin who has been in custody in connection with an acid attack on two Muslim cousins in east London three weeks ago is scheduled to appear before Thames Magistrates' Court on Tuesday.

On June 21, Jameel Mukhtar, 37, was in a car with his cousin, Resham Khan, who was celebrating her 21st birthday, when they were sprayed with a corrosive substance.

Police appealed for information about Tomlin's whereabouts following the attack in which "both victims received life-changing injuries".

John Tomlin, 24, "handed himself into an east London police station and was arrested on suspicion of grievous bodily harm with intent", the statement said.

Mukhtar told Channel4News that he and his cousin had no problems with anyone and that the attack was a hate crime that had an Islamophobic motive.

"I believe it was something to do with Islamophobia or maybe he's got it in for Muslims because of what's been going on lately," he said.

Mukhtar went on to criticize the lack of coverage of his and his cousin's story, explaining by people's perception of race.

"I honestly feel if this was a white person that was attacked by an Asian person he would be caught within 24 hours. There'd be a national manhunt," Mukhtar said.

Scotland Yard said inquiries into the incident were continuing.

Anti-Muslim attacks in the U.K. have skyrocketed following deadly terror attacks in recent weeks in Manchester and London, according to official figures.