Harassment, assault cases targeting Muslims in Germany on the rise 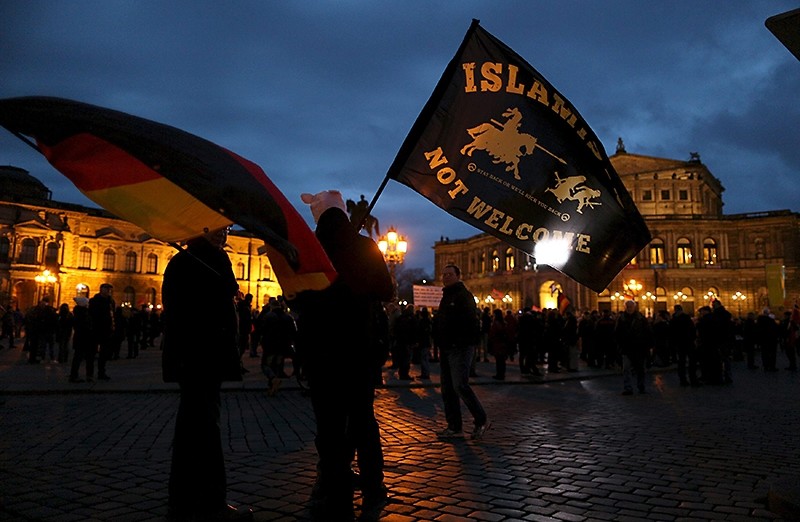 Supporters of the anti-Islam movement PEGIDA wave flags during a demonstration in Dresden, Germany. (Reuters Photo)
by Daily Sabah Aug 18, 2017 12:00 am

Harassment and assault cases targeting Muslims in Germany are on the rise, as 16 Muslims were wounded in separate attacks in the first quarter of 2017.

While only two people were injured in criminal offense cases in the first quarter of the year, the number of wounded increased to 16, showing a 700 percent increase in the second quarter according to an article from Germany daily Neue Osnabrücker Zeitung.

The number of attacks was revealed after the Left Party raised a parliamentary question on the issue.

The parliament said that only one of the predominantly right wing extremist attackers had been arrested.

According to data from the German police and the Federal Office for the Protection of the Constitution, 192 offenses targeting Muslims and Muslim establishments were committed during the first quarter of the year.

German authorities do not have comparative statistics for 2016 because the country started categorizing anti-Muslim crimes and offences in 2017.