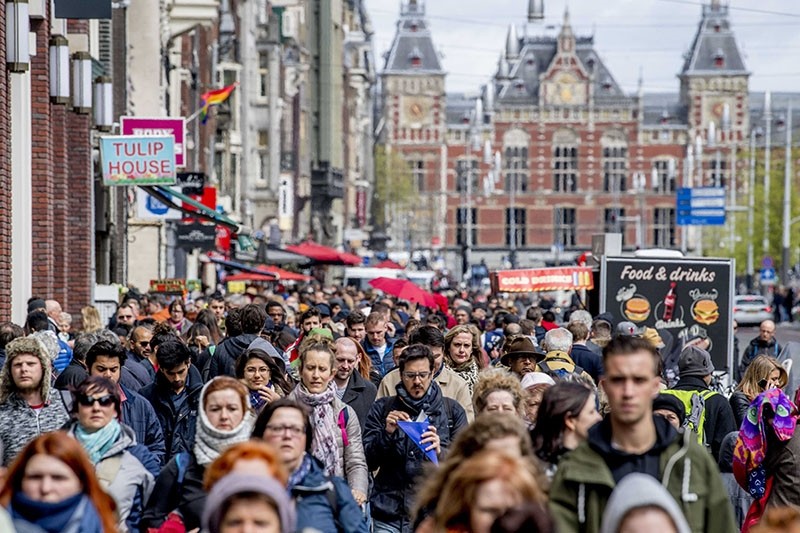 A Dutch human rights council has ruled that hindering a Muslim female police officer from wearing a headscarf with her uniform is discrimination, since the officer has limited contact with the public.

The ban for on-duty headscarves stems from a Dutch law prohibiting officers from wearing visible religious symbols, stating uniforms must be "neutral."

After Rotterdam-based officer Sarah Izat lodged a complaint in May, the Netherlands Institute for Human Rights ruled on the case, finding it discriminatory.

Izat claimed the ban hindered her career progression. As Izat chose to wear the headscarf, she could only come to work in plain clothes, whereas her non-Muslim colleagues wore uniforms.

In the ruling released Monday, the Institute stated that since Izat's job as an administrative officer has limited interaction with the public and most of her work is completed over the phone, the headscarf ban was not justified.

"When she is on the phone, civilians can't see her. Prohibiting her [from wearing the scarf] therefore does not add to the intention of being neutral," the council ruled, saying the ban was a "forbidden distinction on the basis of religion."

The human rights council added that as Izat was not authorized to make decisions on behalf of the police but only to take statements, the headscarf being seen would not affect her job performance.

The institute also dismissed a claim by the national police that wearing a headscarf could endanger Izat.

Since 2002, the Netherlands Institute for Human Rights, an independent supervisory body, has worked to explain, monitor and protect human rights through practice, policy and legislation.

Its rulings are non-binding, meaning the police will have to decide whether or not they will abide with the recommendation.

Furthermore, the ruling only applies to Izat's case and does not provide a broader interpretation of the religious symbols prohibition or wearing of headscarves.

"We would have liked it if the Commission had made its decision a bit broader, but we are satisfied with this ruling," Izat's lawyer Betül Özateş told Al Jazeera.

"I hope this motivates the police to look and change its code of conduct which now prohibits people from wearing a headscarf. She was more than capable in doing her job while wearing the scarf, so we feel she should be able to wear the uniform when she does her job as well just like her colleagues," Özateş added.

Izat responded to the decision on Twitter, writing, "We won! The Commission has confirmed I have the right to wear a uniform and a headscarf. This means everything and this victory belongs to us all!"

Dutch police have said they will look into the decision.

"The police want to be a neutral organization, that's why we take the Commission's decision seriously. Neutrality will remain a key facet of police work," the press release read.

The question of police wearing religious symbols on duty has stirred controversy in the Netherlands for months.

Later Monday, several Dutch politicians condemned the ruling as an affront to police neutrality and separation of church and state.

While the police have stood by their policy on uniform neutrality, the head of police has indicated the allowance of headscarves might welcome much-needed diversity to the force.

Pieter-Jaap Aaalbersberg's remarks were met by widespread condemnation from most political parties, a stance shared by a majority of the Dutch public, a later poll showed.