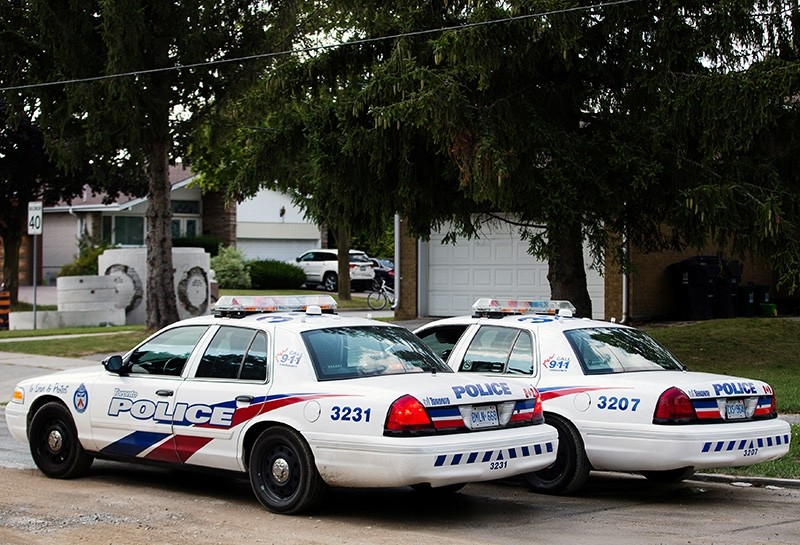 Canadian authorities arrested one man Monday in the shooting death of a 19-year-old Muslim man who police are hailing as a hero.

Police are now searching for another man who is believed to have shot Yosif Al-Hasnawi outside a mosque in Hamilton, Ontario, just west of Toronto.

There is also an investigation underway after paramedics who arrived to treat Al-Hasnawi were criticized by witnesses for their lackadaisical attitude.

The deceased, a Brock University medical sciences student, was hailed by police as being a hero after he intervened when two men were harassing an older man.

"This young man was doing what he felt was right in the situation," Det. Sgt. Steve Bereziuk told reporters. "He was a brave young man."

Al-Hasnawi was taking a break from a religious celebration at the Al-Mostafa Islamic Centre about 9:30 p.m. Saturday.

When he noticed the older man suffering abuse, Al-Hasnawi called out for the two harrasers to stop.

"He saw an old man walking by here with two people who were trying to harass him, assault him, hit him, laughing at him," one witness told reporters. "He only told them, 'leave the old man alone.'"

The men had "an interaction" with the Muslim youth and a shot rang out.

It turned out he was seriously wounded, but Amin Al-Tahir, a director at the mosque, said when paramedics arrived, they told the victim he was fine and indicated that he was acting.

Another witness, Tom Raczynski, who lives in the area, said paramedics kept saying he was "faking."

"The one paramedic kept saying, 'Oh, you're a good actor'," Raczynski said.

Hamilton Paramedic Services said in a statement Monday that an investigation into the incident is underway.

It is also not clear why Al-Hasnawi was taken to St. Joseph's Hospital when there was a trauma center at a closer hospital.

Bereziuk said Al-Hasnawi and his family immigrated to Canada from Iraq in 2008.

The police officer said the victim was trying to do the right thing.

"He was being that Good Samaritan," Bereziuk said.

A ceremony will be held in Canada and then the remains will be sent to Iraq.