Another Turkish mosque in Germany attacked with Molotov cocktails 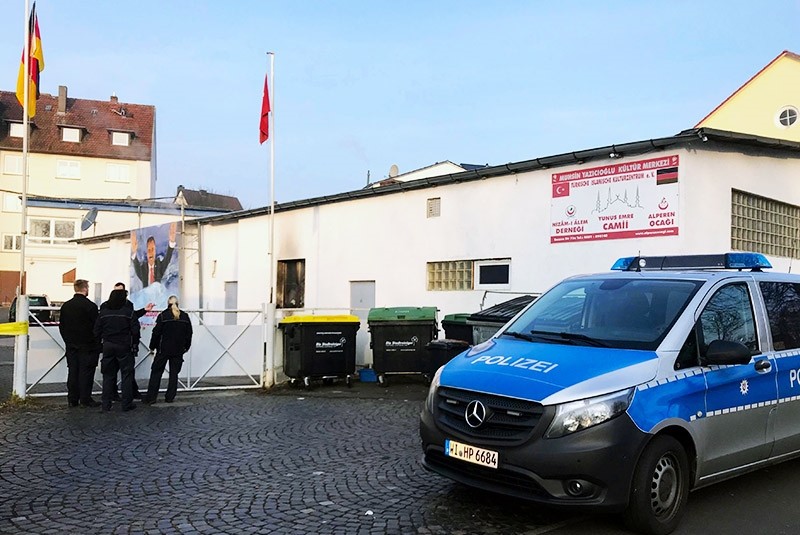 This photo shows the community center which houses the attacked mosque in Germany's Kassel. (AA Photo)
by Daily Sabah Jan 23, 2019 1:37 am

A mosque was attacked with Molotov cocktails in the German city of Kassel early Sunday.

Security cameras recorded the moments when four unidentified attackers hurled bottles filled with flammable liquid at the Yunus Emre mosque of the European Turkish Association at around 04:30 a.m. local time.

While the whole building did not catch fire, the mosque's windows were broken and its walls were damaged.

Mustafa Koç, chairman of the cultural center which houses the mosque, said that they shared the footage of the attack with police officers and said that he hopes the attackers would be captured soon.

"We find it worrying that attacks like these continue. We urge authorities to confront similar attacks that are carried out by unidentified perpetrators with care," Koç said, adding that he urges the Turkish community not to be provoked by the attacks.

At least 38 mosques have been vandalized in Germany since January 2018 according to official numbers.

Attacks on mosques have recently increased, especially by supporters of the YPG/PKK terror group after Ankara launched Operation Olive Branch on Jan. 20 to clear terrorist groups from Afrin in northwestern Syria amid growing threats posed by the region to Turkey.

Turkey has long asked for more serious measures against the PKK, which uses the country as a platform for their fund-raising, recruitment, and propaganda activities.