Discrimination, intolerance against Muslims on the decline but general situation worrisome: OIC report 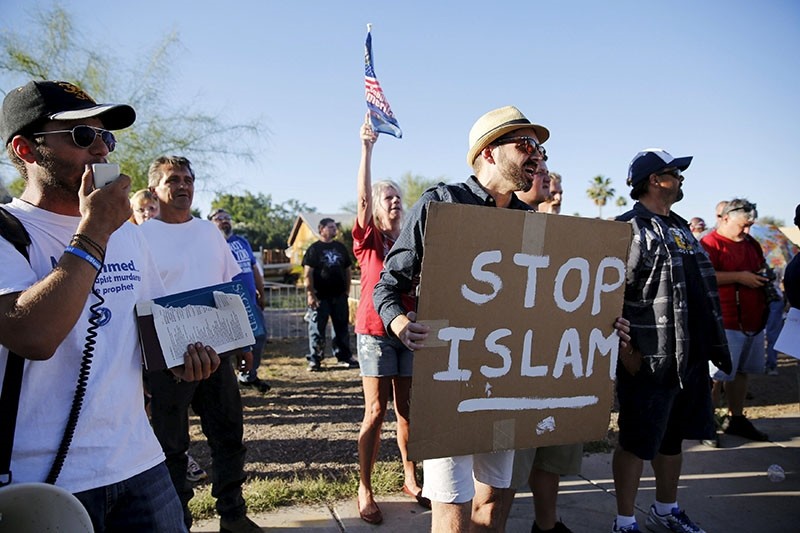 For quite some time, Islamophobia has been growing strongly in the West and has continued to take root through intensive campaigns and public discourses disseminating the fear of Islam, and through a significant number of incidents targeting Muslims, mosques, Islamic centers, Islamic attire, and Islam's sacred symbols. Reports and evidence reveal that negative sentiments toward Islam and Muslims keep expanding in the minds of mainstream Westerners, through mistrust toward Islam and its adherents. Particularly during the last few years, Islamophobia has reached an intractable point as it continues to grow, despite up-and-down indicators from time to time.

However, the 11th Islamophobia Observatory Report of the Organization of Islamic Cooperation (OIC), which covers the period from July 2017 to April 2018, describes a decreasing trend of Islamophobia, indicated by the number of incidents, which was much lower compared to those at the last trimester of 2016, or at the first trimester of 2017.

The report will be presented at the 45th Council of Foreign Ministers Conference in Dhaka, Bangladesh on May 5-6, 2018. The report highlights the trends influencing the decline of Islamophobia, intolerance, and discrimination against Muslims in the U.S. and Europe, which were always at the top of the Hotspot List— but are now moving towards significant improvement despite the remaining 'worrisome' overall situation.

This positive trend was assessed by the Observatory to have been driven mostly by four factors, namely: the failure of racist policy in the United States and the break-apart of Trump's far-right inner circle; the consensus and unilateral settlement of the 'Immigrant Issue' in Europe; the defeat of far-right political parties at European elections, and the growing trend of inter-faith Dialogue in Europe and the U.S.

The report also reveals manifestations of Islamophobia around the world, and describes a general trend of fear against Islam and its "attire", which is not necessarily regional or geographical in terms of character with particular focus on Islamophobic gestures and policies against veils, the hijab and burqa.

The 11th Observatory report equally highlights some 'Positive Developments' in terms of actions, attitudes, sentiments, initiatives as well as other steps and positions taken by governments or by non-Muslim individuals against Islamophobes.

The report also presents a set of recommendations that proposes some steps and actions to be taken by the OIC as well as by the relevant stakeholders including member states.

The report concludes that, despite its declining pattern, the overall situation of Islamophobia remains alarming. Hence, it requires serious actions at international and national levels. Collective and worldwide endeavor to combat Islamophobia is expected to minimize its negative impacts on social life based on tolerance and peaceful coexistence.