US lawmaker says Muslims ‘send infidels to hell’ over pork 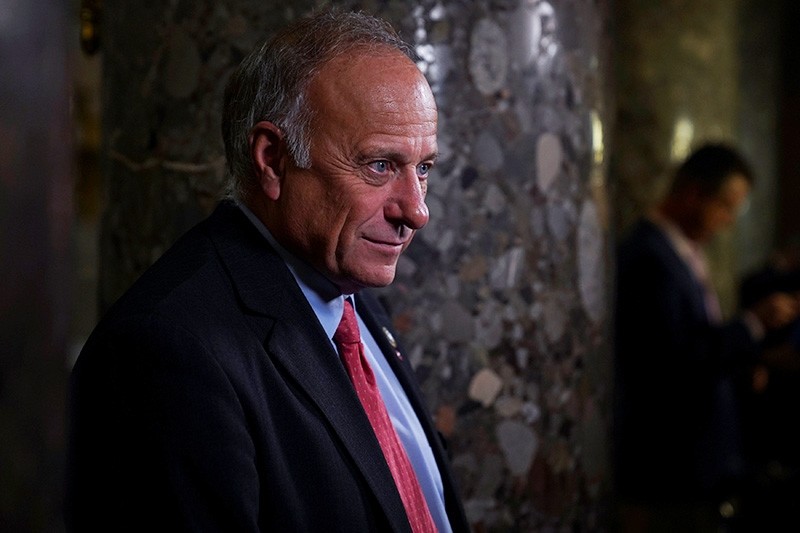 Rep. Steve King (R-IA) takes questions from a reporter after a meeting on the House Floor regarding an immigration bill which was postponed in the U.S. Capitol in Washington, U.S., June 22, 2018. (Reuters Photo)
by Daily Sabah Jan 23, 2019 1:37 am

A U.S. Republican lawmaker notorious for anti-immigrant and Islamophobic remarks has once again slandered Muslims in his own state with misinformation about their employment at pork processing factories.

Rep. Steve King told Breitbart News in an interview posted Friday that he asked Minnesota Democratic Rep. Keith Ellison about whether Muslims could work in the pork processing plants in Iowa – the U.S. state that produces the most pork.

Ellison – who is the first Muslim to be elected as a U.S. representative – was referred to by King in the interview as the "lead Muslim in Congress."

King said he learned imams are OK grating Muslims "special dispensations" to handle pork because "as long as they're preparing this pork for infidels, they'll send them to hell and it must make Allah happy."

Islam prohibits the consumption of pork by Muslims.

King specifically singled out Somali Muslims, a large immigrant population from which the meat processing plants were hoping to hire new workers.

Ellison's office declined to comment on King's interpretation of his fellow congressman's explanation.

King has in the past questioned Ellison's loyalty to the Constitution. Ellison, who was the only Muslim member of Congress when he was first elected in 2006, remarked previously that King has said "incredibly ignorant" things.

Last week, King took to Twitter to slam Sweden, which he said "capitulated to Halal" by changing the menu at a football tournament to serve something other than pork to Muslim players.

"I draw the line here and, if need be, will fight for freedom of choice — in our diets. Iowa's 4th Congressional District is the #1 Pork district in America. No takin' bacon off our tables," he tweeted.