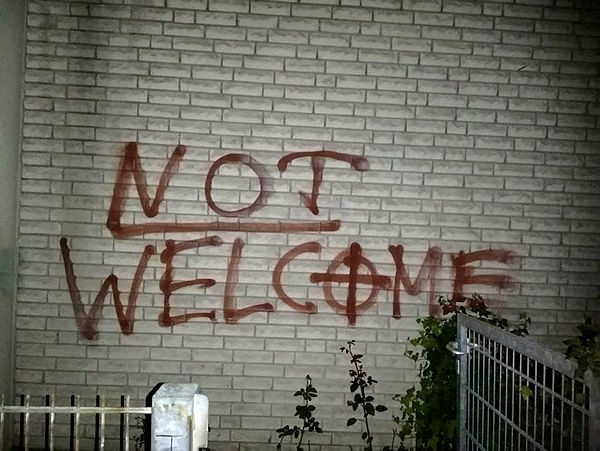 A mosque located in northwestern Germany's Gladbeck was vandalized by suspected Neo-Nazis, according to mosque officials.

The attackers wrote racist slogans and drew swastikas on the windows and the walls of the mosque, which is run by the Turkish-Islamic Union for Religious Affairs (DITIB).

Nadir Kahraman, head of the DITIB's Gladbeck branch, condemned the attack and urged the police to bring the perpetrators to justice.

"Other mosques have suffered many similar attacks, but no suspects were arrested. We believe that the arrest of perpetrators would help prevent similar crimes in the future," he told Anadolu Agency.

The DITIB, a moderate Muslim organization founded by Turkish migrants in Germany, runs more than 900 mosques across the country.

Germany, a country of over 81 million people, has the second-largest Muslim population in Western Europe, after France. Among the country's nearly 4.7 million Muslims, 3 million are of Turkish origin.

In recent years the country has seen growing Islamophobia and hatred of migrants triggered by propaganda from far-right and populist parties.

Dozens of mosques have been vandalized in Germany this year by far-right groups and supporters of the PKK terrorist group.

German Foreign Minister Heiko Maas acknowledged that Turks in Germany still face hostility and discrimination while speaking at the 25th anniversary in May of a neo-Nazi arson attack that killed five Turks.