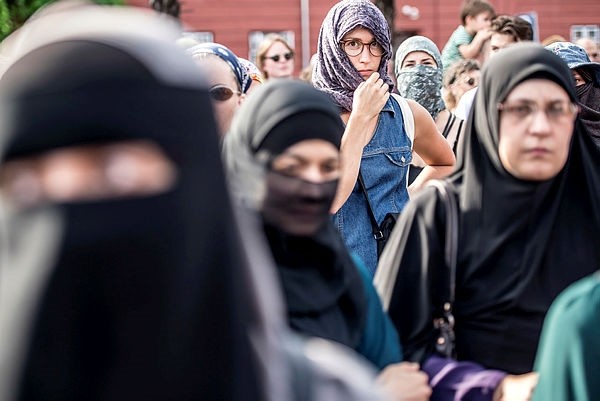 Deputies from the far-right League party in northern Italy have announced plans to ban mothers from wearing Islamic veils, such as the burqa and niqab, when picking up their children from school.

Simona Pergreffi and Daniele Belotti, League deputies in Bergamo province, called for the ban, citing the security need for people in schools to be identifiable, according to Italian news agency ANSA.

The deputies reportedly sent a letter to the Minister of Education Marco Bussetti, referencing a previous decision made by the Italian constitutional court.

Pergreffi and Belotti requested the rule be put in place in all primary and secondary schools in Bergamo, arguing school staff must be able to identify who is picking up the children and that the Islamic face veils pose a threat to school security.

Islamophobia has been on the rise in Italy for years, but has been boosted by the election victory of Matteo Salvini's far-right League in March. As deputy prime minister and minister of the interior, Salvini has led the country's move to adopt anti-immigrant, xenophobic policies.

The northeastern Lombardy region was the first in Italy to ban women from wearing Islamic face veils in hospitals and local government buildings in December 2015.

Earlier, the European Court of Human Rights last year upheld a Belgian ban on wearing it in public. France was the first country in Europe to ban Islamic face veils, such as the burka and the niqab, in public places as the controversial ban took effect in April 2011. France was also this summer embroiled in a row over bans on the burkini, a full-body Islamic swimsuit, in resorts around the Riviera. After France, Belgium has outlawed the burka since 2011. The Dutch cabinet approved plans to ban the full-face Islamic veil in government buildings, schools, hospitals and on public transport in 2015.

Measures against the wearing of Islamic veils have also been taken in Denmark and Spain.
RELATED TOPICS