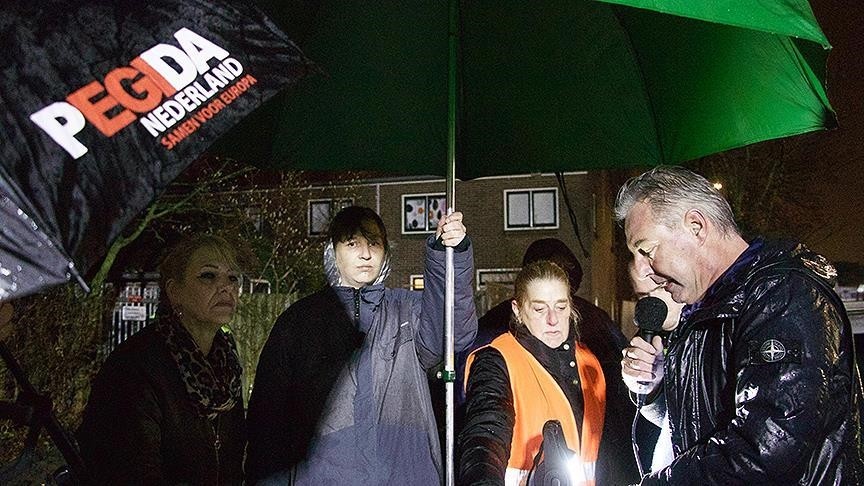 Supporters of the far-right Islamophobic group Pegida staged an anti-Islam demonstration in front of a mosque in the Netherlands late Wednesday.

The demonstration was held outside the Abi Bakr Issidik Mosque, frequented by members of the Moroccan community, in Utrecht, the central Netherlands.

During the demonstration, members of Pegida made speeches and showed a movie insulting Islam.

Tight security measures were taken around the mosque, including the installation of high barricades, and extra police were dispatched to the area.

After the Pegida demonstration, some local residents behind the barricades clashed with security forces.

"Even though the area they chose for the demonstration was provocative, the mosque administration and community decided not to follow their provocation and ignored them completely," Houri said.

"This is the best response we can give them. Because paying attention to them works in their favor," he added.