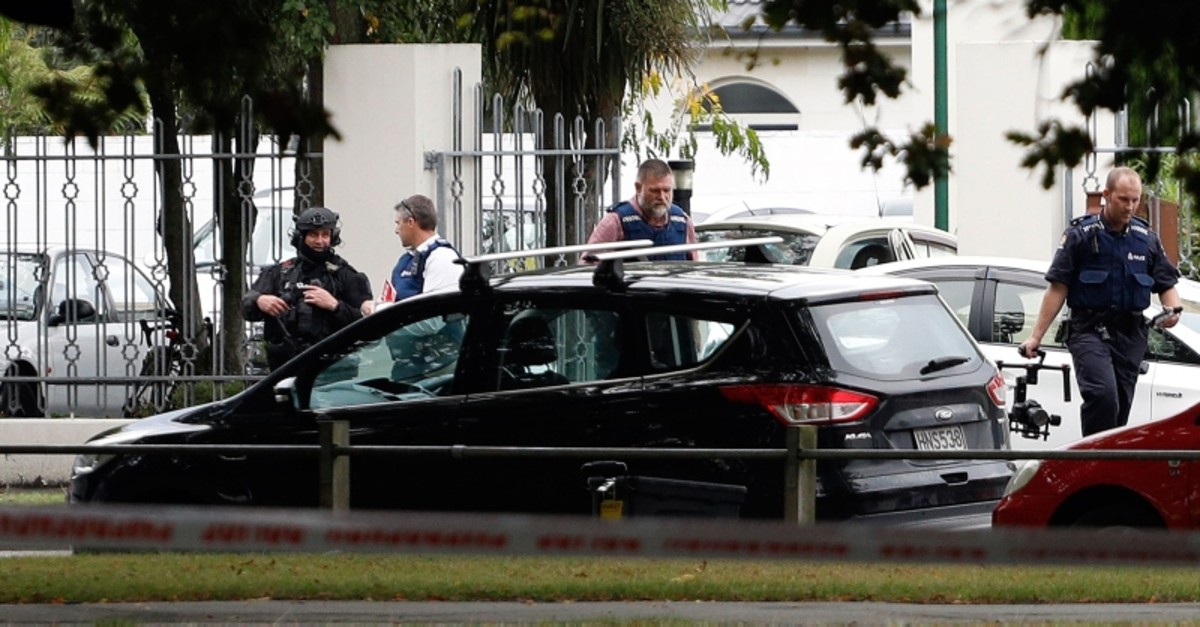 Far-right ultranationalism constitutes one of the biggest threats to peace in Western societies as politicians, the media, and the public continue to ignore the danger posed by right-wing extremists and white supremacy, CJ Werleman, an Australian journalist, analyst and writer on conflict and terrorism, wrote in an opinion piece for TRT World.

In the piece titled "Those who inspired New Zealand shooter will still be on television tomorrow," the author stressed that Western governments were not giving the threat posed by right-wing extremists "the attention it deserves."

Werleman argued that politicians, the media, and the public continue to provide a platform to those who try to promote the kind of racist, anti-Muslim and anti-immigrant hatred that radicalizes "broken white men, like Tarrant [New Zealand gunman who killed over 45 people at two mosques in Christchurch], into carrying out what has become a new wave of terrorism in the Western hemisphere."

Few hours before carrying out his attack, Brenton Tarrant shared a post on the far-right online forum 8Chan, saying that he will carry out an attack "against the invaders" [Muslims], and live stream the attack via Facebook.

As Tarrant said in his online post, he was "radicalized" by popular American conservative pundit Candace Owens, who he said "helped push me further and further into the belief of violence over meekness."

Underlining that Tarrant should not come off as an "anomaly or irregularity", Werleman said he was just another case confirming what intelligence and security agencies have already found — that the number one terrorist threat in the world is right-wing extremism.

All terrorist attacks in the U.S. last year were carried out by members of right-wing groups or individuals, the Australian journalist noted.

While concluding his piece, Werleman warned that if Western governments continue to ignore the growing popularity of far-right and ultranationalist groups and individuals, both online and off, "then they should not be surprised the next time a mosque, synagogue or black church is shot up by a white male who has been fed a media diet of anti-Muslim and anti-minority fear and hatred."