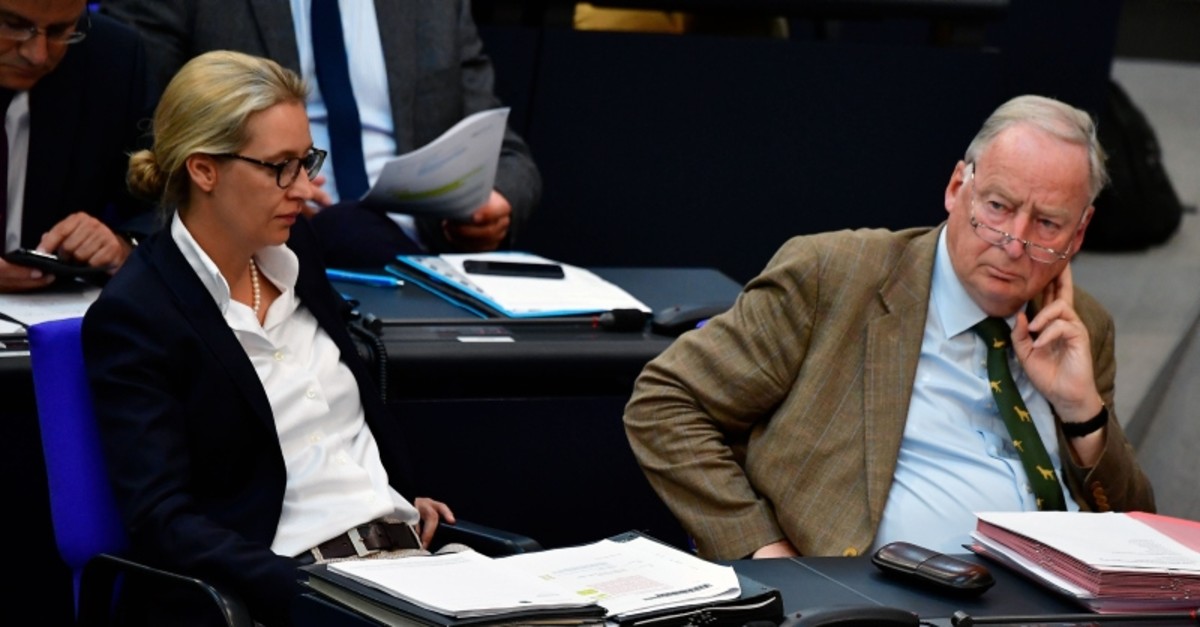 Alice Weidel (L) and Alexander Gauland, co-leaders of the parliamentary group of the Alternative For Germany (AfD) far-right party listen in as German Chancellor Angela Merkel (not in picture) answer questions of delegates on June 6, 2018 at the Bund
by Compiled from Wire Services Apr 16, 2019 6:10 pm

In a tweet, Alice Weidel, the parliamentary group leader of the Alternative for Germany, the country's largest opposition party, implied a connection between Monday's blaze and previous anti-Christian "attacks" in France.

"The Observatory on Intolerance and Discrimination Against Christians in Europe speaks of a significant increase," she added, including a link to a March article in a German Catholic magazine headlined "Catholic churches desecrated across France."

Germany has witnessed growing Islamophobia and hatred of migrants in recent years triggered by the propaganda of the AfD and other far-right parties, which have exploited fears over the refugee crisis and terrorism.

Police recorded 813 hate crimes against Muslims last year. At least 54 Muslims were injured in the attacks, which were carried out mostly by far-right extremists.

The AfD, which holds more than 90 seats in the Bundestag lower house of parliament, rails against Islam and Muslim immigrants as a threat to Christian culture in Germany and Europe.