US media coverage on Muslims more negative than any other minority group, study finds 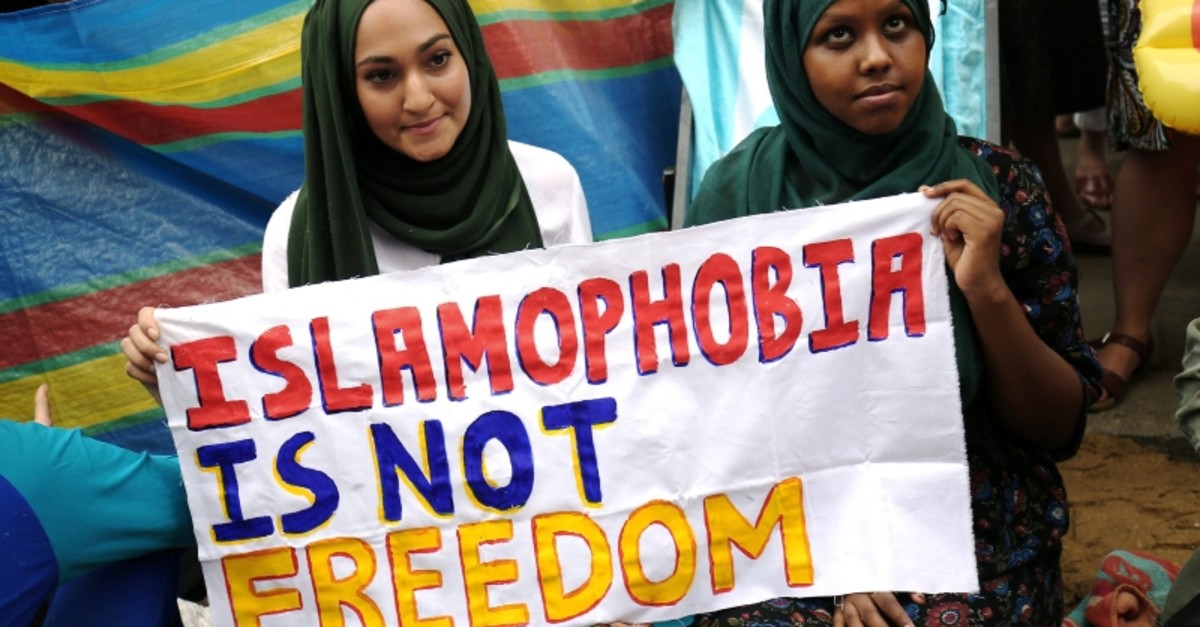 Protesters demonstrate against France's ban of the burkini, outside the French Embassy in London, Britain August 25, 2016. (REUTERS Photo)
by Daily Sabah with Wires Sep 06, 2019 11:00 am

News coverage about Muslims in the U.S. media is far more negative when compared to other minorities' representation, a recent study has revealed.

The study, which was conducted by researchers from the Media Portrayals of Minorities Project Lab at Middlebury College, looked into news covering minorities, namely African Americans, Asian Americans, Latinos, Jews and Muslims from four national newspapers in the country for the entire year of 2018.

A total of 26,626 articles published in The New York Times, The Washington Post, The Wall Street Journal and USA Today were selected for the study.

Articles were then scored by the researchers according to the positive and negative tones they carried, and any score above 0.5 meant the news was positive while those below -.05 were determined to be negative.

The results showed that the coverage of Muslims was rated an average of -.092, compared to -0.13 for Latinos and +0.17 for Asian Americans.

Eric Bleich, who lead the research said: "Even if you take all of those articles out of your equation, stories about Muslims are still more negative than stories about any other group," but noted that the average tone of Muslim articles has become less negative over the past five years. Bleich attributed this to less frequent coverage of the Syrian refugee crisis and the Daesh terrorist group.

The articles about culture and education were more positive when compared to those especially about politics, however Bleich said that the coverage of Muslims was least likely to be about culture or education, but rather be linked to politics and crime.

A major source of negative reporting on Muslims were revealed to be topics about foreign conflicts as about 92 percent of the articles were about foreign location.

"By giving relatively less attention to other aspects of Muslim life that are shared by all identity groups — culture, education, domestic politics — newspapers may make it harder for readers to see Muslims as part of mainstream American society," the report said.

The research further revealed that only 2% of the articles about Muslims covered Islamophobia or anti-Muslim sentiment with 3% explicitly noting anti-Muslim hate crimes, while some 17% of articles about the Jewish community mentioned anti-Semitism.

News coverage on the Jewish minority community was also described as having a "neutral" tone on average by the researchers, unlike any other news covering minorities.