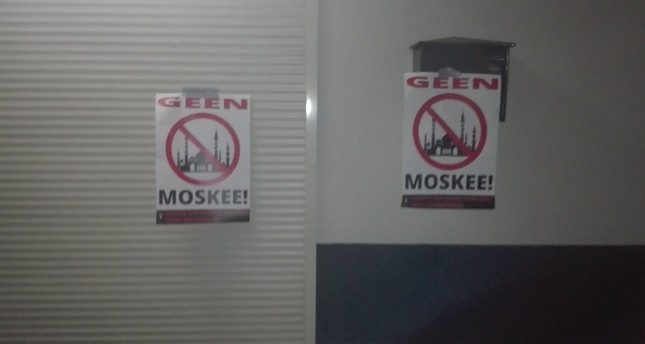 A group of far-right extremists targeted a mosque in the Netherlands' Almere city in an Islamophobic attack, media reports said Monday.

The extremists hung banners bearing anti-Islam on the Abou Bakr Assadik Mosque's walls. "Islam must be stopped," "No to mosques," read some of the banners.

The far-right "Rechts in Verzet (Right in Resistance)" movement claimed responsibility for the attack through a statement they shared on their social media accounts.

The administration of the mosque also shared photos of the banners on their social media account, with a statement saying: "Nothing can be achieved in this way. Completely unfair and childish."

The same group had also claimed responsibility for a similar attack in January 2018, in which anti-Islam banners were hung in front of the Emir Sultan Mosque in Amsterdam along with a headless model.