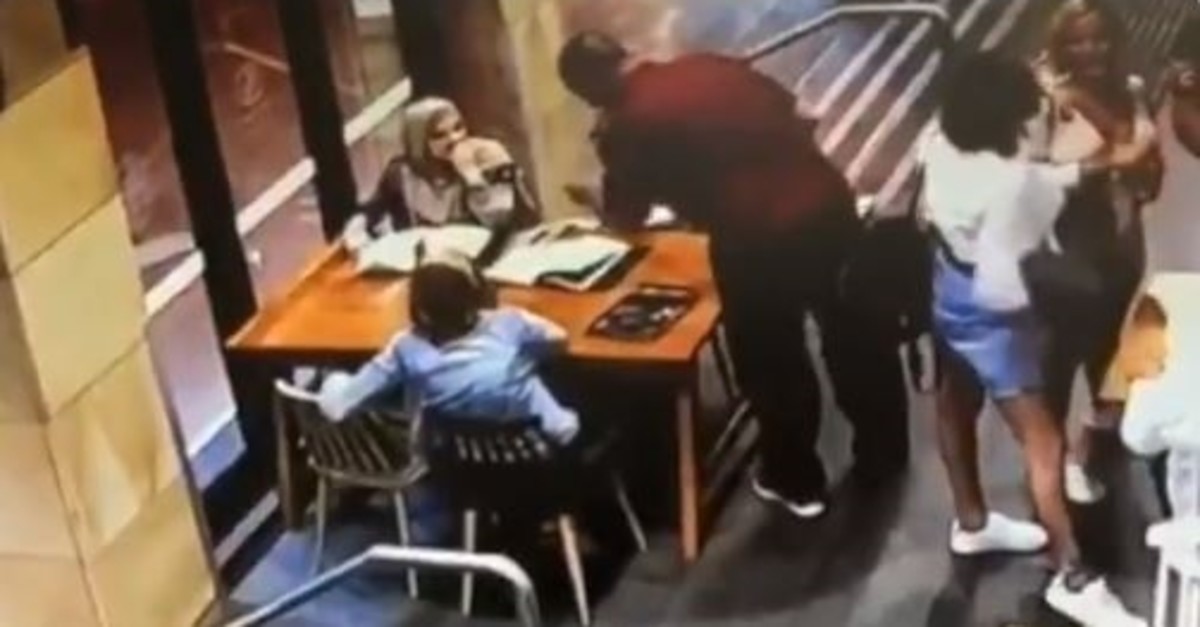 A pregnant Muslim woman, who is 38 weeks along, was brutally attacked by a random man at a western Sydney cafe late Wednesday, Australian media reported Thursday.

According to The Sydney Morning Herald, 31-year-old Rana Elasmar was with friends, all of whom wear headscarves, in a cafe in Parramatta when Stipe Lozina, 43, allegedly leaned over their table, punched her in the head and stomp on her after she fell to the floor.

A video from security cameras shows Lozina approaching the group, starting a brief conversation and then attacking the woman. He punched Elasmar at least 14 times in the head and then stomped on her twice after she fell.

A man allegedly made a comment about Muslims before punching the woman, the newspaper said.

Following the attack, the man was taken to Parramatta police station where he was charged with assault occasioning actual bodily harm and affray.

Elasmar was taken to Westmead Hospital for observation and was later released.