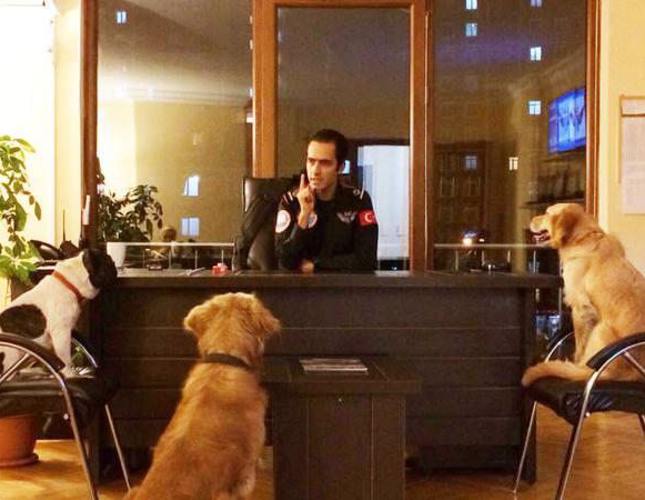 by Daily Sabah Jan 23, 2015 12:00 am
'Our three buddies who were dumped onto the streets began their duties in our Search and Rescue Directorate,' the official Twitter account of Istanbul's Maltepe Municipality said.

The announcement included a funny photo of the three dogs being lectured by Search and Rescue Chief Umur Zamanoğlu.

Zamanoğlu told Hürriyet daily that the Maltepe district includes many forests and that the dogs will now be used for search and rescue missions in case anyone gets lost.

"Dogs have a very interesting talent for drama. They actually understand your speeches. When their training was over, the weather was very cold. I asked them to be brought to my room. They always copy human beings. As the seats were empty in the room, they sat there right away. A friend of mine took that photo right at that moment," Zamanoğlu said.

Pointing out the fact that none of the trained dogs are specially bred animals, but stray dogs, Zamanoğlu added: "People did not want them, so they will work for the people."

Maltepe Mayor Ali Kılıç said that the three dogs were specifically trained and were included in the 30-strong search and rescue team, which is fully equipped to respond to earthquakes, floods and fires. The team is capable of intervening from land, sea and air with four boats and a helicopter. 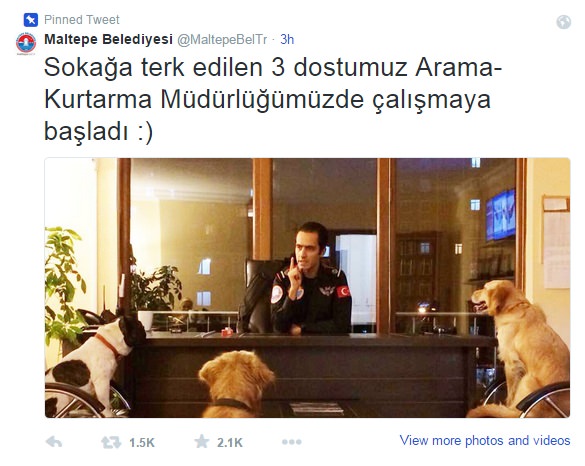