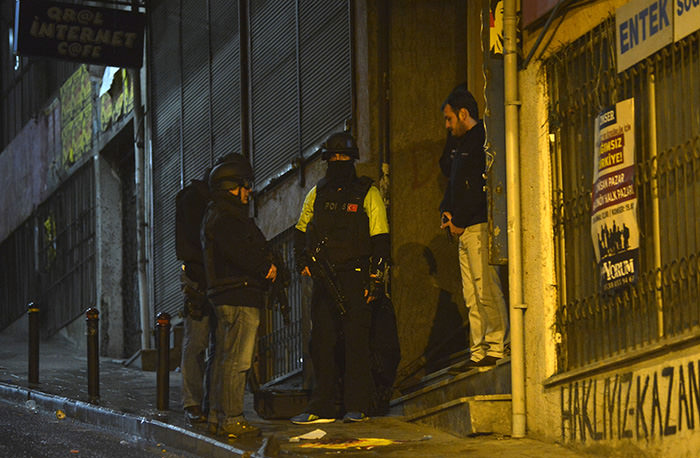 Police raided 938 different locations, including a culture center and buildings of some associations in Okmeydanı district, following an assault on Istanbul's police department, in which one attacker was killed and another was arrested.

Two unlicensed guns, an automatic rifle, a jammer device and a numbers of bullets were seized during the operation.

The police operation also comes after a hostage standoff on Tuesday where members of DHKP-C raided an Istanbul courthouse and killed Turkish prosecutor Mehmet Selim Kiraz.

On Wednesday, 29 people with alleged links to the terrorist group, were also detained in western İzmir, Eskişehir and southern Antalya.

The DHKP-C was founded in 1978, which purports to support Marxist-Leninist ideology, and was mostly active during the Cold War era. It has revived its attacks in recent years.

Targeting security officials, high-profile politicians and carrying out suicide bombings, the group is listed as a terrorist organization by Turkey, the United States and the European Union.