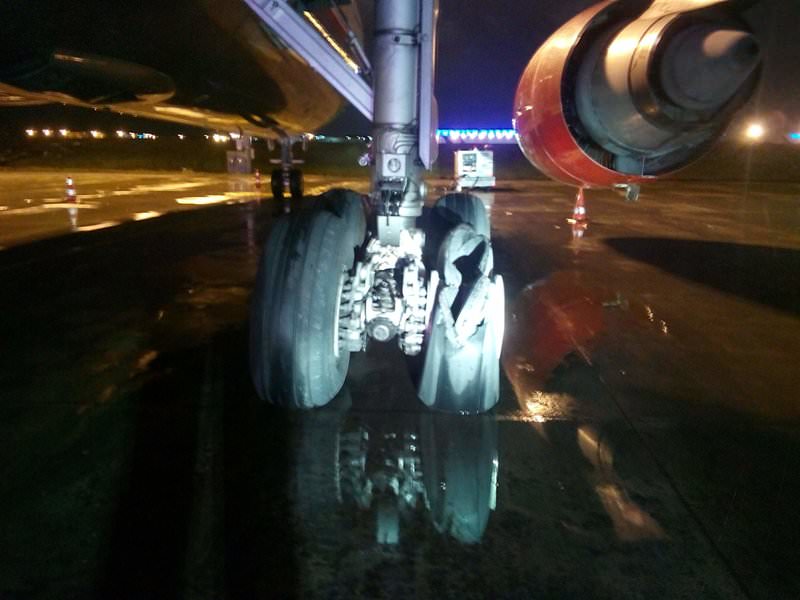 | DHA Photo
by Daily Sabah with DHA Apr 09, 2015 12:00 am
The right engine of a Qeshm Airlines plane exploded when it gathered speed before taking off from Istanbul Atatürk International Airport on Friday.

As pieces of the engine scattered on the apron, the plane's wheels became unusable.

The pilot managed to stop the plane right on time as flames immediately engulfed the engine of the Airbus-300B4 plane.

Firefighters and health team were sent to the scene and no deaths or injuries were reported.

Passengers were reportedly taken to another plane which was heading to Iran's capital Tehran.
Last Update: Apr 10, 2015 10:48 am
RELATED TOPICS