State to take over Armenian orphanage 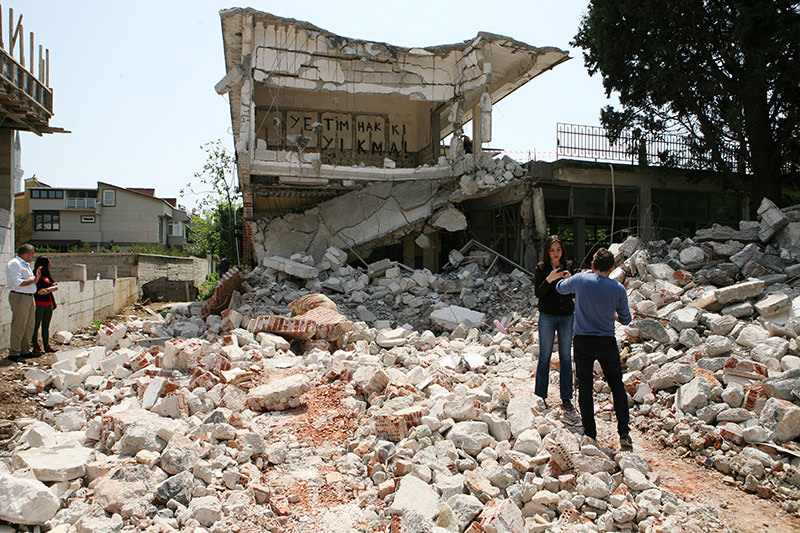 The government is discussing ways to save the Armenian orphanage in Tuzla from demolition, said the head of the Foundations Department, adding nationalization is the best option

The government is planning to nationalize the Armenian orphanage located in the Tuzla region of Istanbul to save it from demolition. The Kamp Armen orphanage will be nationalized before being handed over to the Armenian community. This way, the current owner of the property will not suffer from the transaction.

Foundations Department President Adnan Ertem, speaking to Sabah daily, said some were trying to cloud the issue and attack the government, arguing that everyone needs to understand that the government was doing everything it could. "If you have good intentions, you need to support good-intentioned measures. We need to nationalize the property to return it to the Armenian community. Discussions over nationalization alone demonstrate the government's good intentions. I need to stress the fact that those who speak in the name of the [Armenian] community need to recognize good intentions. Attacking the government over claims that the orphanage is being demolished is not the way to go."

Some representatives of the Armenian community have called for the return of the property, which Ertem highlighted was impossible without nationalization. The property has changed ownership several times, and the present owner needs to be fairly compensated before anything happens, Ertem said, adding, "The only solution is for the state to nationalize and take over the property. After which we can discuss handing it over to the community." Ertem cited the example of the Madımak Hotel in Sivas where 37 people were killed in 1993, being used as a restaurant for years before being nationalized and turned into a science and culture center.

Previous reports had suggested Environment and Urban Planning Minister İdris Güllüce and Istanbul Mayor Kadir Topbaş were also involved in the efforts to save the orphanage.

The state seized the orphanage in 1987 before selling it. It changed hands several times over the years and the last owner, having decided to demolish the structure, faced serious demonstrations and protests. Dozens of demonstrators are currently holding a sit-in to prevent the structure's destruction.
Hrant Dink, the Armenian-Turkish journalist who was gunned down by a young nationalist in 2007, and his wife, Rachel, are known to have first met at the orphanage. The respected journalist, who was the editor-in-chief of the Armenian newspaper Agos, was known for his efforts to spur reconciliation between Turkey and Armenia.

According to a report by Uygar Gültekin from Agos, the Armenian community is "cautiously optimistic" that the building will be saved. However, he also said that the community does not want the property to be nationalized, but rather totally handed over to the community. However, the orphanage is not covered by the government-initiated law that orders the return of minority foundations' properties seized by the state.

In addition to the discussions over nationalization and the handing over of the deed to the Armenian foundation, the Tuzla Municipality is also expected to revoke the site's demolition license.

Markar Esayan, a prominent Armenian origin Turkish citizen and a candidate for the ruling Justice and Development Party (AK Party) for the June 7parliamentary elections, is also involved in the discussions. Esayan, who is also a Daily Sabah columnist, said he knew Prime Minister Ahmet Davutoğlu was involved in the matter, adding it is now impossible to demolish the structure. He accused the current owner of deceiving the municipality by arguing that the structure was close to collapsing, which is how he was able to obtain the demolition license. He said the Armenian foundation was also to blame for not filing the necessary legal claims for the building in time.
Last Update: May 15, 2015 8:32 pm
RELATED TOPICS