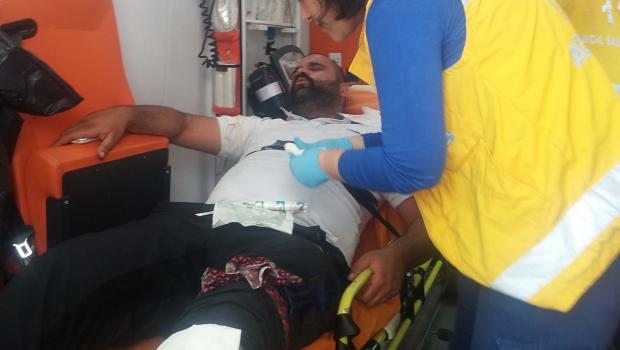 | DHA Photo
by Daily Sabah Jun 25, 2015 12:00 am
A policeman on Thursday morning shot a minibus driver in the leg following a verbal quarrel between the two, claiming the driver was letting too many passengers on the minibus.

The driver Musa Açın, who was operating the minibus between Istanbul's Kadıköy and Pendik districts, was stopped by the traffic police. The unidentified police officer demand to write a ticket penalizing the driver's action of letting too many passengers on the minibus was met furiously by the bus driver, as a result of which the policeman drew his gun and shot the driver.

The passengers on the bus panicked following the incident.

Ambulance and police were later dispatched to the scene of the incident, where the wounded minibus driver said, "Policeman shot [me]. It is because he fined me."