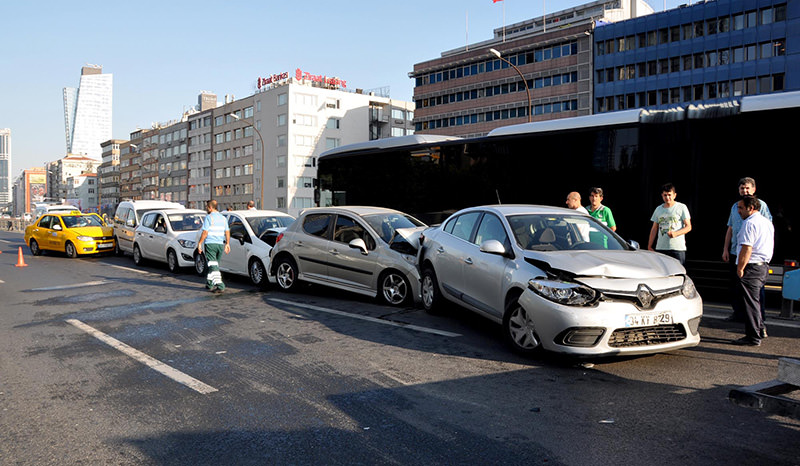 
A seagull has caused a multiple-vehicle collision on Wednesday morning in Istanbul's Mecidiyeköy D-100 highway. The accident involved nine vehicles, with one person getting injured.

One of the drivers slammed on the brakes at an unexpected moment in order to avoid hitting a seagull on the highway, after which the other eight vehicles crashed into him. The seagull escaped from certain death thanks to the consciousness of the driver, and flew away, but in hindsight it left nine vehicles piled up one behind another.

The multiple-vehicle collision occurred at around 7 a.m. and was recorded by nearby traffic control cameras. A taxi driver named Ferhat Çırpma was injured in the accident, after which he was taken to the nearby Şişli Hamidiye Hospital.

The lane on which the accident occurred was shut down to traffic for some time. The vehicles were pulled out of the road with the help of a tow truck, the traffic has returned to its regular flow.