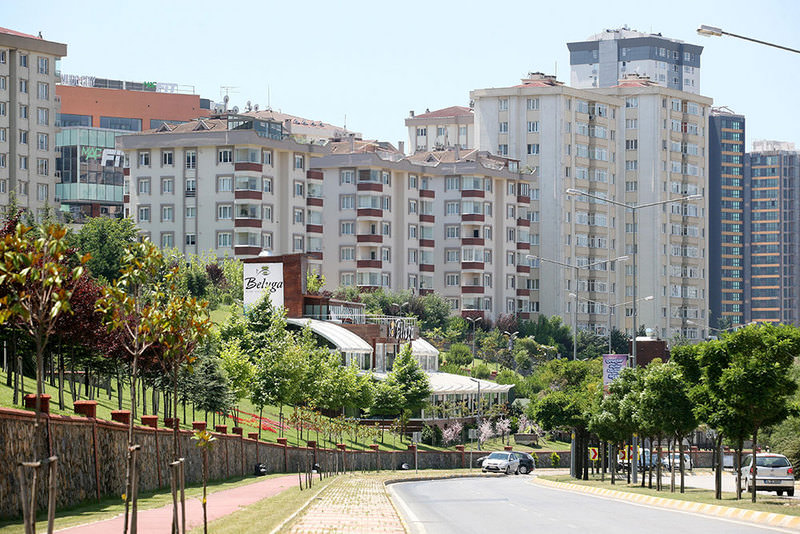 by Daily Sabah Jul 18, 2015 12:00 am
Following corruption and nepotism claims regarding Republican People's Party's (CHP) Ataşehir district Mayor Battal İlgezdi in Istanbul and his newly-elected wife Gamze Akkuş İlgezdi as an Istanbul deputy over the last couple of weeks, new claims surfaced over the mayor's relations with contractors and the lease of a park in the district.

The İlgezdi couple's ownership of 15 luxurious flats in a building called the Buz Residence had created controversy and raised questions of how they accumulated their wealth, which made the headlines as "BuzGate." According to a recent article published in Hürriyet daily, Ali Emrah Büyük, the biggest partner of the firm Büyük Uzunlar Construction, which built the residence, was appointed as zoning commission chairman in Ataşehir Municipality's city council during İlgezdi's term in 2009, and held the post until 2014.

The article said the other partners, namely Mehmet Ali Uzunlar and Salih Cihan Uzunlar, were earlier awarded with the development and management of facilities in a park located in the district through another company named Buz Construction, which was established only 19 days after İlgezdi was authorized by the city council to develop an empty zone in to a park and recreation area in March 2010. The municipality decided to hold the contract through an invitation system, and Buz was one of four companies that were invited to the contract process. Although Buz won the initial contract, another contract with two firms was held, and Buz again won, this time at a higher price. However, for a 30-year management of 13 acres located right in the center of an upscale neighborhood, Buz only paid TL 4.5 million ($1.69 million), along with an annual rent fee of TL 39,000 and 1.02 percent of all revenues.

After this contract and establishment of the park, four different restaurants and pay car parking lots were established in the area. The article says that Buz managed to recover the contracting fee in a very short period of time. Sabah daily had previously reported on July 11 that Buz collects a monthly rent of TL 50,000 from each restaurant, along with other revenues.

Sabah's article also pointed to irregularities in the construction of Buz Residence, as the original license for three buildings was increased to four, while construction space was increased from 15,000 square meters to 30,000, all through the inclusion of İlgezdi's land to the project a year later from the park contract. All decisions passed through the zoning commission chaired by Büyük. İlgezdi in agreement with Büyük Uzunlar Construction in exchange for 17 flats, of which he sold two and registered the others in his wife and daughter's names, although it was claimed that İlgezdi may have received more flats.

Since the allegations on owning luxurious flats surfaced, İlgezdi has defended the construction as legal and applied to the public prosecutor's office along with the CHP provincial chairman for the allegations to be investigated. When asked whether he considers owning 17 flats built by his own zoning commission chairman ethical, İlgezdi said Büyük has been in the construction business for years.

Earlier in July it was reported that İlgezdi donated flats or helped facilitate lower prices of flats to judiciary members. He is also being accused of hiring his relatives for municipality positions or awarding contracts to his circle.

The allegations again shifted the focus of the public's attention to irregularities in zoning development and public contracts. Especially in Istanbul, the relations of contractors with local politicians and government officials have often been questioned by the press and nongovernmental organizations. Turkey has not been able to solve the issue of irregularities in public contracts despite changing the related law 32 times over the last decade.