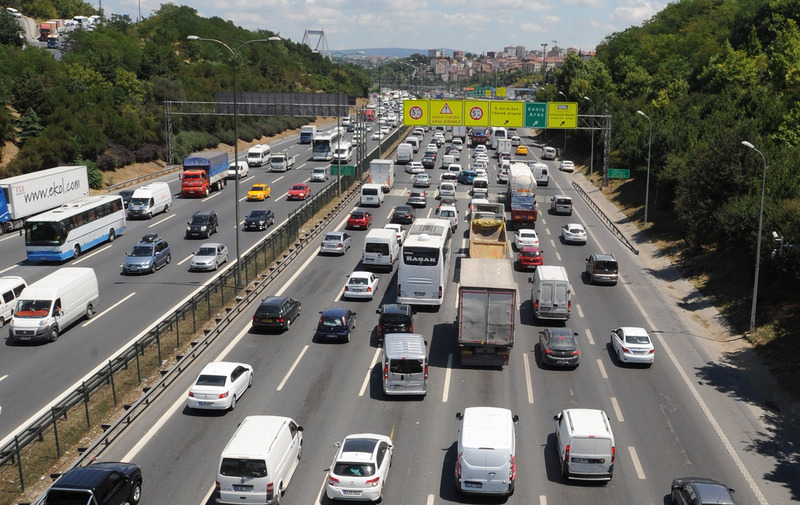 by Daily Sabah Jul 19, 2015 12:00 am
Millions of Istanbulites who left the mega city for the religious holiday of Eid al-Fitr prepare to return home while authorities in Istanbul have taken extra measures to prevent heavy traffic that may occur as the vacationers head back.

Istanbul, the cosmopolitan metropolis that hosts millions of migrants from all over Turkey, is expected to be jammed upon the finish of the Eid al-Fitr holiday which started on Friday and will finish on Sunday.

Istanbul Metropolitan Municipality and the traffic units of Istanbul Police Department have collaboratively prepared for the heavy traffic by increasing the number of officers and units on duty in the possible areas of heavy traffic, especially in the junctions and on the D-100 state road and the European route E80, widely known as "TEM" or "E6" among Istanbulites which crosses the Bosphorus via the Fatih Sultan Mehmet Bridge.

Ferries operating in Eskihisar-Topçular line will also make additional trips to satisfy the demand, as many vacationers choose to cross Gulf of Izmit to reach Istanbul instead of driving an extra 110 kilometers.

Istanbul, with population of approximately 17 million people, is widely known for its congested traffic as it hosts almost 6 million vehicles.
RELATED TOPICS