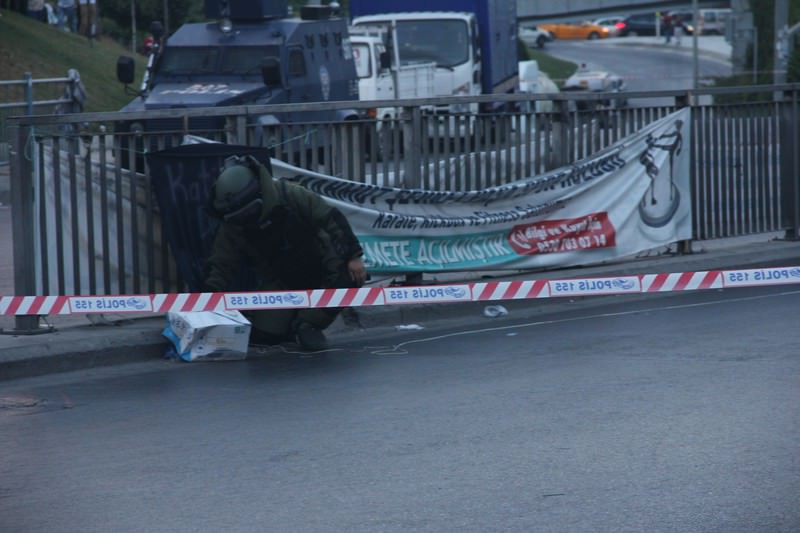 by Daily Sabah Aug 06, 2015 12:00 am
A cluster bomb, placed in a suspicious package left on the street, was detonated by bomb experts late on Wednesday in Istanbul's Okmeydanı district.

According to the gathered information, a poster and a box were left near the barriers in the middle of Darülaceze avenue in Okmeydanı. After a suspicious package was reported, anti-terror police blocked the road and took the necessary safety measures.

After the bomb experts detonated the suspicious package, it was revealed that there was a camping cylinder and a beverage can. The bomb-dismantling experts stated that a cluster bomb was found in the can after the bomb was disposed.

Eyewitnesses reported that two masked men left the package and the poster near the barriers. An investigation has been commenced into the incident.

Okmeydanı is well-known for being the stronghold of the Revolutionary People's Liberation Party–Front (DHKP-C) terrorist organization.
RELATED TOPICS