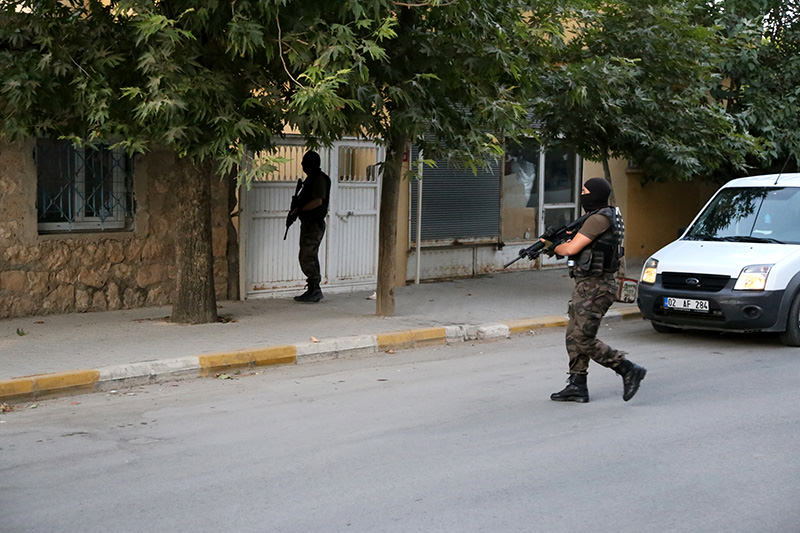 Special task forces and many police officers, accompanied by armored vehicles, raided several addresses under the scope of the operation.

Three people were detained during the operations in various addresses. Police also seized two guns and illegal drugs during their search.

The anti-terror operation continues in the area.

Across the country, police have been carrying out anti-terror operations to apprehend suspected PKK, ISIS, and DHKP-C militants - all three are designated terrorist organizations in Turkey.

More than 1,300 people have been arrested in the wave of counter-terrorism raids.