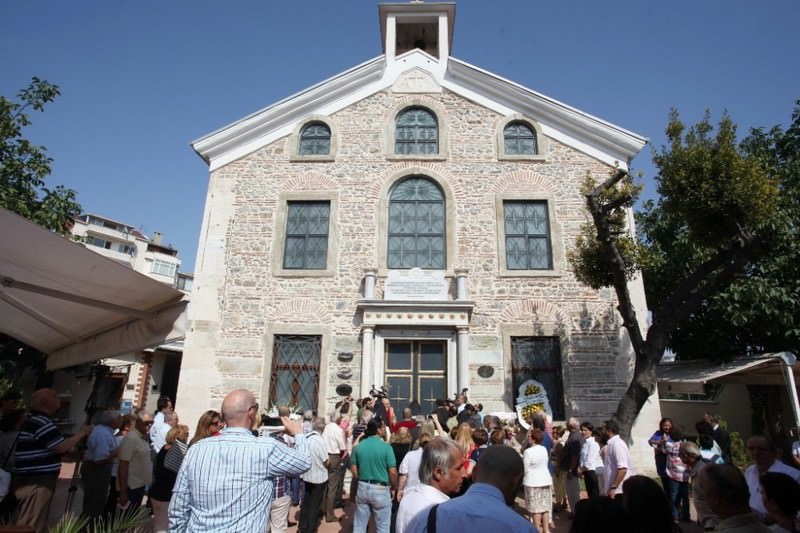 by Daily Sabah with Wires Aug 11, 2015 12:00 am
A historic Armenian church was reopened on Monday in Istanbul's Kartal district after a two-year restoration period.

Armenian community leaders and local officials attended the opening ceremony for the church whose restoration was funded by the district municipality and several nongovernmental organizations.

Archbishop Aram Ateşyan, acting head of the Armenian Patriarchate, presided over a religious service for the inauguration of the church. Ateşyan thanked the Kartal municipality for supporting churches, mosques and other places of worship. "Respect to places of worship for other people is the basis of respect to other people's faiths," he said.

The church built as a wooden structure in 1776 in Kartal, where a small Armenian population lived in the Ottoman Empire, was rebuilt in the 19th century as a stone building and twice underwent restoration in the 20th century. Kartal, on Istanbul's Asian side, still hosts a small Armenian community estimated to be around 20 families, with the Armenian-Turkish population largely concentrated on the European side of Istanbul and in districts like Kadıköy on the Bosporus coast of the Asian side.

The church's graveyard was the source of a dispute between the Armenian community and the state as it was seized by the Treasury in the past after the Armenian population dwindled over the years.

Istanbul is home to 35 Armenian churches and chapels according to the Armenian patriarchate overseeing the churches in the city where an estimated population of 60,000-70,000 Turkish Armenians is concentrated.
RELATED TOPICS