Man jumps onto runway to try to catch his flight 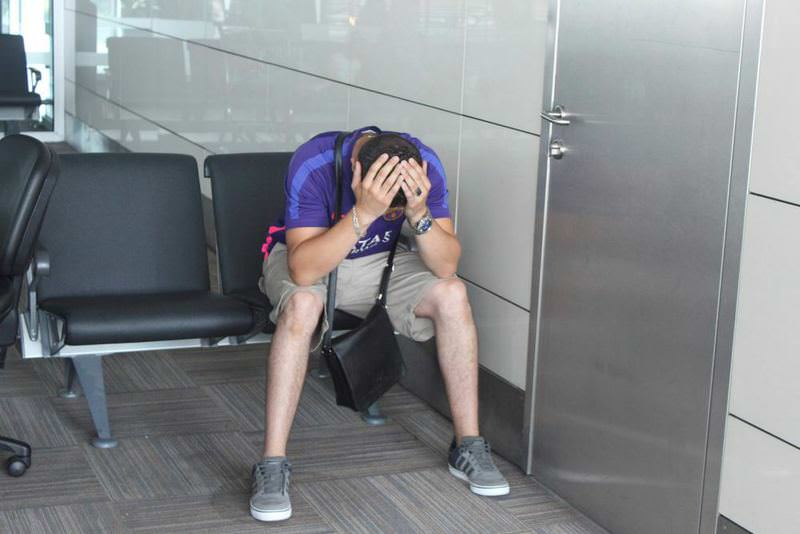 by Daily Sabah with Wires Aug 14, 2015 12:00 am
Istanbul's Atatürk Airport was the scene of an unusual attempt to catch a missed flight on Thursday. While most passengers missing their flights by seconds give up hope, Algerian national Djalel Cihina did not stop there and do nothing. He jumped onto the runway and went after the airplane preparing to takeoff before airport security subdued him.

Upon seeing his Turkish Airlines (THY) flight to Batna, Algeria, already taxiing to the runway, the desperate man, who had fallen asleep in the waiting lounge, panicked and dashed for the jet way. The jet way's glass gate was already closed, however, this did not stop the 29-year-old man who found a heavy object to break the glass. But the gate connecting to the plane was also closed. Cihina pried it open and jumped onto the runway while puzzled security guards ran after him. He ran for a while after the plane, which was about to take off, before guards on the runway wrestled him to the ground.

He was handed over to airport police and was transferred to a police station for questioning. Cihina told guards who captured him that he was supposed to be in his country yesterday. "I need to go, I am late for work," the passenger pleaded to officials but to no avail. Cihina also pledged to pay for the damage he caused to the jet way.
RELATED TOPICS