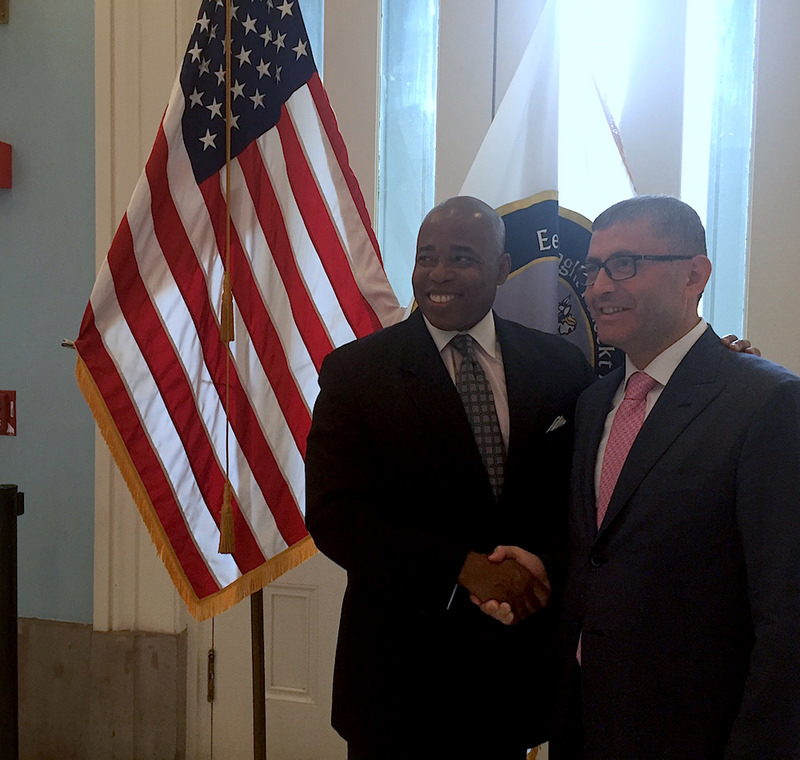 The meeting included bilateral projects on culture, education and commerce between Brooklyn and Üsküdar, which recently became sister cities on August, along with Turkey's contributions to refugees from Syria.

Mayor Adams stated that Turkey's aid is praiseworthy and there are ongoing talks in Washington for the U.S. to aid refugees. Türkmen underlined that Turkey is left alone in this issue and Europe does not take its responsibility.

Adams reminded that he visited Turkey in August upon the invitation of Üsküdar Municipality and he was fascinated with the country. "Turkey is important for us in every aspect. I will do everything I can to improve our relations."

Mayor Türkmen stated that they will visit Brooklyn with a very large delegation next year and ink additional deals.