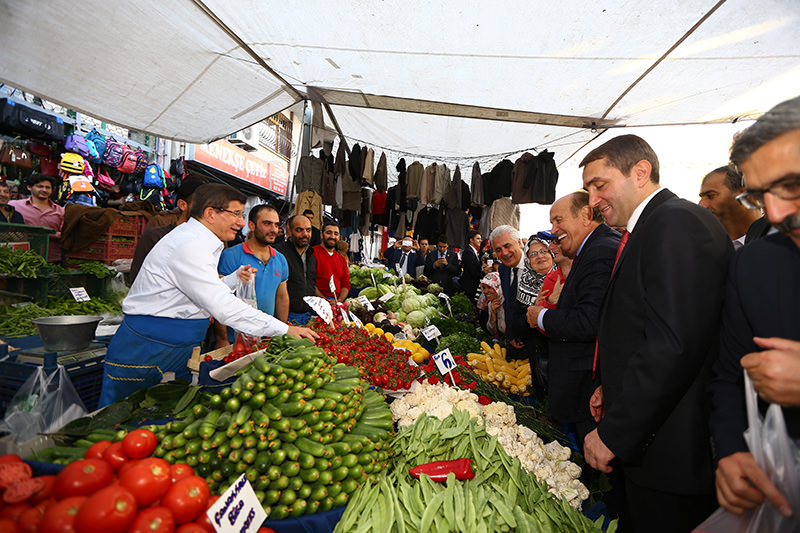 Visiting the historical Fatih district after a brunch with AK Party mayors and district heads in Istanbul on Wednesday, Davutoğlu dropped by the local outdoor market that is set up on Wednesdays, where people can buy everything from fresh fruits and vegetables to household necessities.

"This counter will be sold out," Davutoğlu told his guards as he smiled and started picking and packing lettuce and tomatoes as he made jokes at market sellers.

His gesture was appreciated by the crowd, who chanted and cheered him as he sold the vegetables.

The Turkish Prime Minister also visited the elementary school he attended as a child and took photos with students. 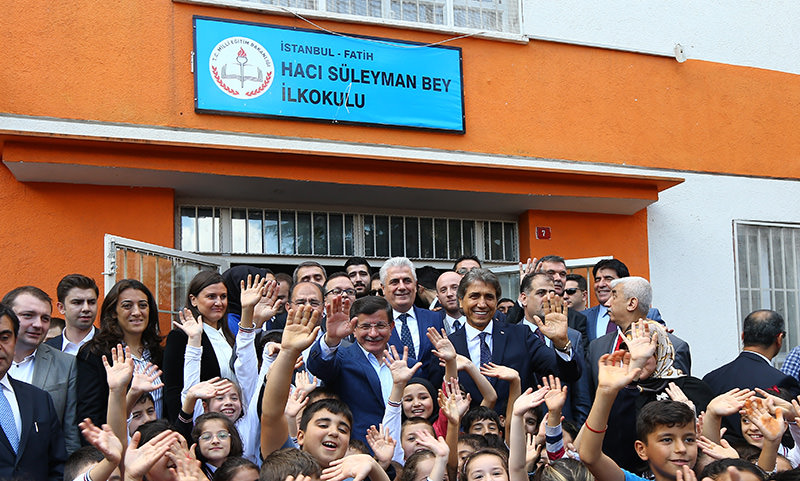 Davutoğlu has launched his election campaign in Samsun on Monday and is expected to visit a total of over 30 provinces within 25 days, before the November 1 early elections.