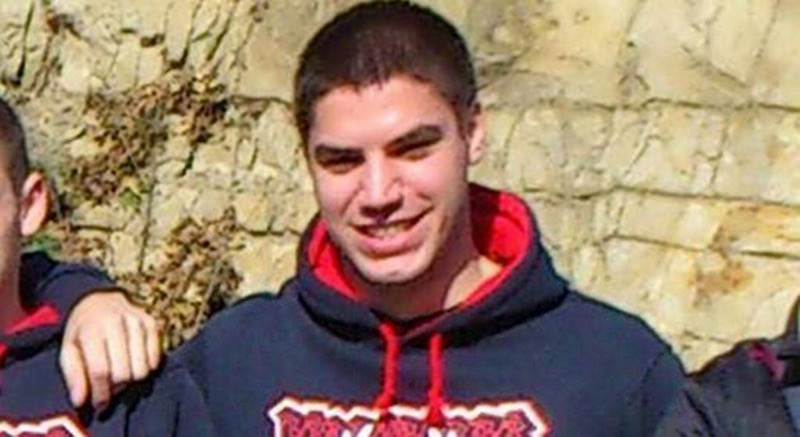 Serbian Red Star fan Marko Ivkovic | File photo
by daily sabah
Oct 19, 2015 12:00 am
Turkish national Kadri Aktaş was sentenced on Monday to 25 years in prison for the fatal stabbing of Marko Ivkovic, 25, a Serbian basketball fan who was killed last year in Istanbul. Six other suspects were acquitted by the Bakırköy court of Istanbul, which reduced the sentence of 53-year-old Aktaş for his good conduct at the hearings.

A lawyer for the family of Ivkovic said they had expected a life sentence while Bojana Jankelic, the sister of the late Serbian man, asked the court to punish the others "aiding in the crime."

Ivkovic was in Istanbul on Nov. 21, 2014, to watch a game between Galatasaray and Red Star of Belgrade when a scuffle broke out outside the sports hall moments before the game. He died of knife wounds while Aktaş and six others were arrested.

Jankelic told reporters after the hearing that the sentence was too lenient. "I want others involved to be punished as well. I want the courts to do what needs to be done for killing of a young man," she said.

Rufayi Taştan, a lawyer for the family, said they were not pleased with the ruling and would take the case to the European Court of Human Rights. He insisted the others who were acquitted – due to lack of definite evidence, according to the court – should be punished as well.