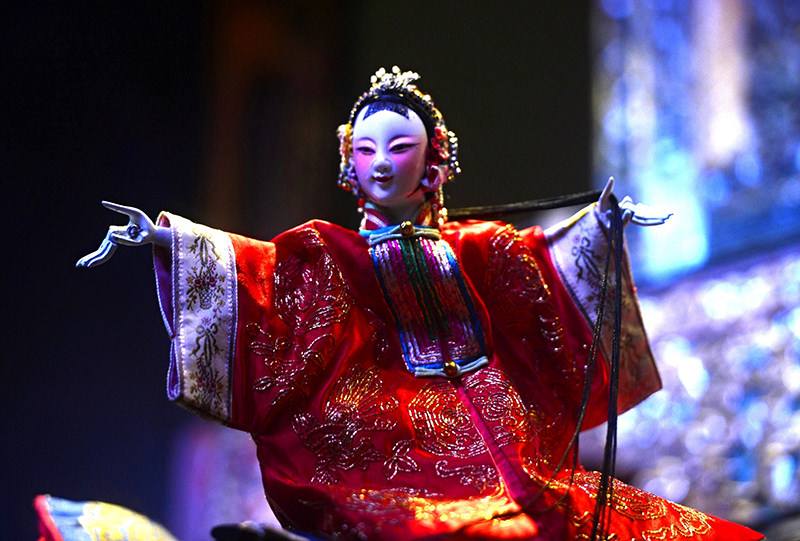 | AA Photo
by Anadolu Agency Oct 22, 2015 12:00 am
A group of Taiwanese puppet artists are in Istanbul as part of the 18th International Puppet Festival.

The festival, which brings together puppet artists from Turkey, Hong Kong, Korea, Taiwan, Russia, Chile and various European countries will continue until Oct. 25.

Speaking to Anadolu Agency, Robin Ruizendaal, the artistic director of the Taipei-based Taiyuan Puppet Theatre Company, said that it was the eight-member group's fourth time at the Istanbul puppet festival.

Ruizendaal added that the puppet group was presenting two shows in Istanbul: A Sea of Puppet, a traditional romantic puppet show for a family audience and two short contemporary drama shows, namely "A Woman Going Home" and "I have a Name", for adults aged 14 and above.

The artistic director of the group Ruizendaal, who has been living in Taiwan for more than 20 years, writes and directs both modern and traditional Taiwanese theatre productions which were performed in over 50 countries around the world.