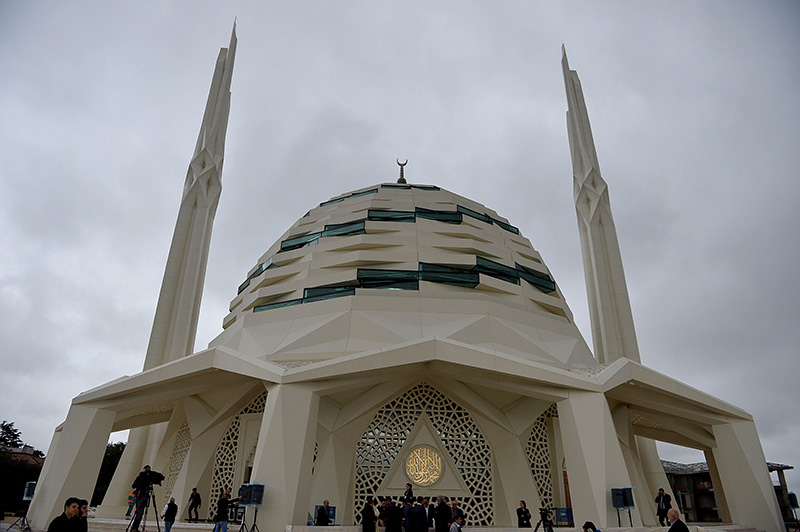 by daily sabah Oct 23, 2015 12:00 am
On Friday President Recep Tayyip Erdoğan opened a new mosque at the Marmara University Faculty of Theology in Istanbul.

Erdoğan, accompanied by a large crowd, officials and his son Bilal, performed Friday prayers at the mosque, which will be used to train the faculty's students.

The mosque, built in Istanbul's Üsküdar district, stands out among other mosques in Turkey for its peculiar architecture.

According to its architects, the design of its dome was inspired by a nautilus shell and is integrated with a dovetail ceiling technique that was common in old wooden houses in Turkey.