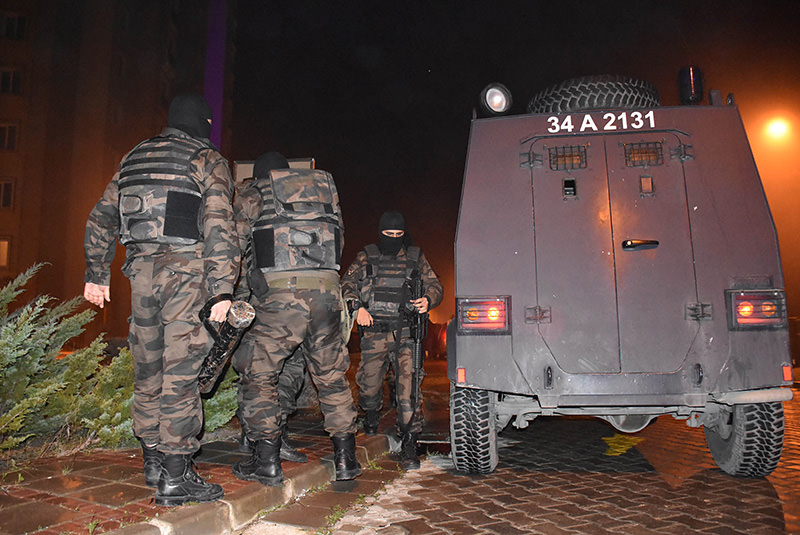 |DHA Photo
by Daily Sabah with AA Nov 13, 2015 12:00 am
Anti-terror teams of the Istanbul police department staged a broad anti-terror operation in various districts of Istanbul on Friday morning, police sources have said.

Police have yet to release the exact number of suspects detained, although a number of women are thought to be among those held.

Searches are continuing at the addresses targeted by the early morning raids, as well as at other locations given up by the detained suspects.